APC not responsible for PDP misfortune 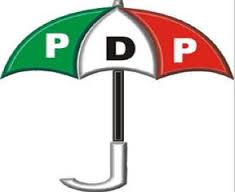 The All Progressives Congress (APC) has denied responsibility for political misfortunes of its arch-rival, the People’s Democratic Party (PDP), advising the party to stop attributing ‘misfortunes’, ‘in-fighting’ and ‘implosion’ being witnessed in its hierarchy to the ruling party.

APC National Secretary, Mai Mala Buni, made the party’s position public on Tuesday while reacting to the claims of the PDP National Secretary, Wale Oladipo, that some of its members were being “used by the APC, to draw political capital from the present challenges facing the PDP.”

Buni said the APC was marveled that the PDP had continued to blame everyone but itself for ‘its self-inflicted problems’ which, he added, led the party to ‘the sorry state’ it found itself.

The APC scribe said: “The PDP now sounds like a broken record with its daily conspiracy theories blaming external forces and unseen hands for its electoral misfortunes, in-fighting and mind-boggling corruption charges and on-going probe of some PDP leaders and the immediate-past PDP-led administration.

“The question begging for answers is: Why does the PDP choose to grope in the dark while reality stares it in the face? Did the PDP not know that it will one day pay for the impunity, recklessness and shocking mismanagement of the country’s common wealth perpetuated under its watch for 16 years?

“For the record, the APC has no hand in the in-fighting and resultant implosion being witnessed in PDP’s hierarchy. Perhaps the wind of change has blown through the PDP camp and many PDP members realise the need to embrace and enforce change.

“The APC reiterates that PDP members who are genuinely inspired by the APC-led administration are welcome to the APC fold. It is their right to abandon a sinking ship and join one that is smooth-sailing,” he added.