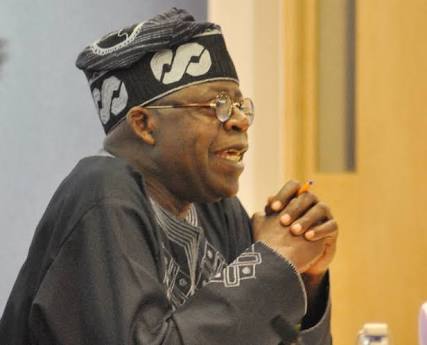 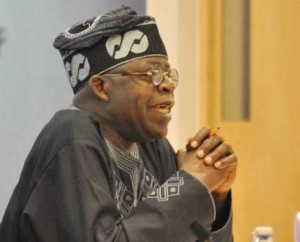 National leader of the All Progressives Congress (APC), Bola Ahmed Tinubu has assured that the influx of defectors from thePeople’s Democratic Party (PDP) into APC won’t pose any danger to the ruling party.

Tinubu reacted to the growing fears amongst APC members and political observers on Sunday at the Government House in Ibadan during a condolence visit to the family of the late Olubadan of Ibadan, Oba Samuel Odulana Odugbade 1.

The former Lagos State governor, while extolling the virtures of Oba Odulana, who passed on last week, also spoke on the need to accommodate former members of the PDP into APC.

His argument: “A human being must be able to associate and join any political party he or she wants, so you cannot stop them, or discriminate against them. If any member of a party is coming into APC and he is discriminated upon, it will be unfair.

“A good political party must be tolerant, accommodating to any member of a party coming into APC as long as they do not import corruption and injustice into our party. It is necessary for us to be tolerant and that is why APC is welcoming them into the party and we shall not discriminate against them.”

On the dwindling oil price, the APC leader said there are variables in the oil sector which the government needs to look critically at. “We are not the only country affected; it is universal. We have to manage ourselves, challenge ourselves and be more creative in a way it will not affect the welfare of the people because government is about the people.

“We should also be innovative and develop our economy in such a way that will show the leadership position that we always espouse in Africa. Now and years back, we have been talking about diversification of the oil sector but it has always been on the drawing note and we never implemented it.

“There are so many ways to revitalise this economy. It is not as bad as people make it appear. The past is nauseating and there has never been a principle of good governance. We have to support and encourage this administration in its struggle against insurgency, because if you do not clear terrorism, foreign investors will not come in. We also need to support the administration to fight kidnapping of expatriates and many of our citizens. Nigerians also need to be patient with the administration to revatalise the economy. “