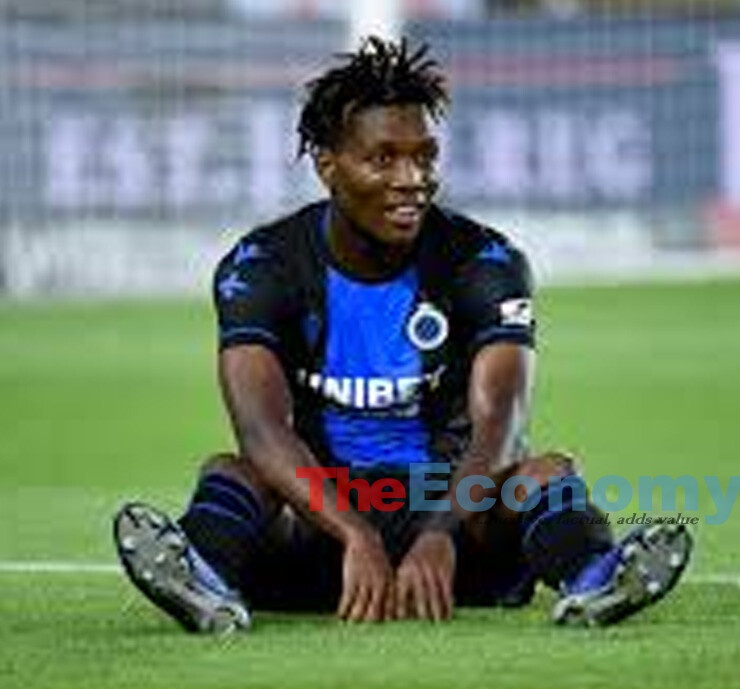 Another Nigerian player, David Okereke has tested positive for coronavirus.

Okereke’s positive status was confirmed yesterday by his Belgian team, Club Brugge via a statement on their official website.

The club wrote, “Attacker David Okereke took a positive Corona test this morning. The attacker was immediately quarantined and will be re-tested next week.”

Paul Onuachu of Genk and Samuel Kalu of Ligue 1 club Bordeaux also tested positive for COVID-19, but the duo had since recovered and are ready to return to their respective teams.

With the announcement by Club Brugge that Okereke has been quarantined, the Nigerian forward is automatically out of Sunday’s league clash against Zulte-Waregem.

The positive coronavirus test for Okereke is coming just after the player ended his long goal drought; scoring at the weekend in a 4-1 win over Waasland-Beveren.

The 23-year old has featured in four of the five league games played by Club Brugge this season; starting twice and coming on as a substitute on two other occasions.