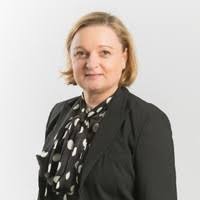 In the US and other developed economies, capital markets are a hive of activity as companies and governments take advantage of low interest rates and stimulus programmes to raise funding. While there are some expectations that sub-Saharan Africa’s debt and equity markets will follow suit in the months ahead, this may not materialise, partly because global investors are gravitating towards safe-haven assets.

Awash with liquidity thanks to near-zero interest rates and a multi-trillion-dollar stimulus programme, the US is experiencing record levels of capital markets activity. Corporates are on a share-selling spree, with a record $60bn raised on US equity markets in May, according to Reuters. And April was the biggest month ever for new bond issuances by investment-grade companies in the country, according to data from Refinitiv.

But this trend – highlighted in the financial results of major global banks – might not be replicated in Africa, even though interest rates have been lowered and central banks have taken other steps to boost liquidity.

For one, many African governments are saddled with debt and simply do not have the same firepower for stimulus measures as developed markets. African governments have traditionally used debt capital markets to raise substantial amounts of funding, but the broader macroeconomic challenges, such as rising debt-to-GDP levels which have been exacerbated by the pandemic, have driven yields higher – making the pricing of new issuances in the international debt capital markets relatively unattractive.

African governments have therefore turned towards attracting funding from alternative sources such as the International Monetary Fund (IMF), World Bank and development finance institutions, rather than debt capital markets, as they respond to the crisis. At the same time, emerging markets globally are seeing strong capital outflows as investors turn towards safe-haven assets to mitigate volatility and uncertainty. Emerging markets – most notably the BRICS grouping of Brazil, Russia, India, China and South Africa – have become riskier for investors given that they dominate the list of countries with the highest COVID-19 infection rates.

While Africa’s debt capital markets offer yield-hungry investors better returns than in developed markets, this is being overshadowed by risk aversion and heightened currency risks. African corporates are also less likely than their US counterparts to raise substantial amounts of funding via debt capital markets, as they are mostly not investment-grade rated. There are several notable corporate debt issuances in the pipeline, but we are unlikely to see the same record levels of activity.

African companies are also far more reliant on bank financing than those in developed markets, and this is being highlighted amid the COVID-19 crisis. Similarly, equity issuances out of sub-Saharan Africa could be relatively muted. Several initial public offerings (IPOs) have already been shelved as growth-focused companies suspend their expansion plans in favour of capital preservation and financial stability.

Numerous South African corporates have announced rights offers and accelerated bookbuilds to shore up capital so they can weather the storm. However, investors will be particularly selective in the corporates they back, with a preference for resilient business models and companies in high-growth sectors which are thriving in the pandemic, including telecommunications and technology firms.

Africa-focused Helios Towers, for instance, was well supported by global investors when it issued a Eurobond in June and completed an accelerated bookbuild. The company, which develops and operates telecommunications infrastructure across the continent, issued Eurobonds worth $750m to refinance existing debts at better rates and to raise fresh capital.

While the order book grew to more than $3bn, Helios ultimately placed bonds worth $750m due 2025, at an attractive coupon rate of 7%. Demand was driven by asset managers and other institutional investors, mainly in the UK and US.

This shows that international investors remain interested in the African growth story, but are more closely scrutinising investment opportunities on the continent. That caution, in turn, will likely keep capital markets activity in check in the months ahead.