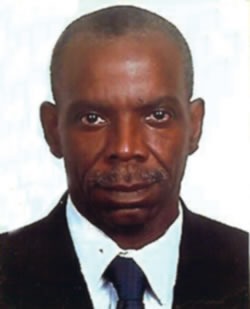 Hans J. Morgenthau, international relations scholar, thinks that the national character of the people of a nation are “certain qualities of intellect and character (that) occur more frequently, and are more highly valued in one nation than in another.”

English poet, Samuel Taylor Coleridge, avers, “There is an invisible spirit that breathes through a whole people… a spirit which gives a colour and character both to their virtues and vices…”

So poet Daniel Defoe avers that “From a Mixture of all kinds began That Het’rogenous Thing, An Englishman… Betwixt a Painted Briton and a Scot… From whence a Mongrel half-bred Race came, With neither Name nor Nation, Speech or Fame… Infus’d betwixt a Saxon and a Dane…This Nauseous Brood directly did contain The well-extracted Blood of Englishmen.”

Like every other nation, Nigeria has a national character. And it is depicted in the following joke that did the rounds in the 1970s. It is regarded by some as unflattering and uncomfortable, but also accurate and apt– unfortunately.

An aircraft ran into turbulence, and the crew wanted the passengers to bail out to safety before the aircraft crashed. To the generally rational Americans, the pilot announced that they’d have a 50-50 chance of survival if they bailed out. All the Americans asked for the parachute and jumped.

To the Japanese, who do most things for the love of country, the pilot announced that it would be a matter of bravery and honour to their country if they were to bail out. The Japanese accepted the parachute and got out.

The French, in perennial competition with the English, bailed out when told that the English swore they were braver. The British jumped when they realised that the French had jumped. Anyway, the crew found a way to persuade passengers of several nationalities to take the risk.

Finally, the only nationals remaining in the aircraft were the jittery Nigerians, who blatantly refused to take the parachutes. Until an air hostess, who lived in Nigeria as a kid, stepped in. She walked into the aisle, and told the Nigerians huddled together, “Nigerians, it is illegal to bail out!” She hardly concluded before Nigerians started to jump out, some even without the parachute.

This can’t be true, but it depicts the average Nigerian as primarily a lawbreaker, who disrespects every regulation whether it is good for him or not. At his Jaji Declaration, before handing over power to President Shehu Shagari in 1979, military Head of State, General Olusegun Obasanjo, insinuated that the average Nigerian revels in breaching all rules and cheating their compatriots.

Today, Nigeria’s travelling passport has become an emblem of contempt, and grounds for suspicion and intense scrutiny, at nearly every port of entry in the world. Thus, everyone carrying a Nigerian passport is considered guilty of intent to commit a crime, until the contrary is proved beyond reasonable doubt.

Nigerians who frequently travel the world to conduct their business or meet with other obligations will tell you of the disgrace and embarrassment they have to endure. It’s as if every Nigerian traveller is a fraudster or drug courier. It’s that bad.

Now, if that is not an indictment of the essence of the Nigerian, nothing else is.

But there is no doubt that nearly every Nigerian can see a bit of themselves in this unsavoury depiction of their national character. You see, when you look into a mirror, there is a very good chance that you will see yourself.

Maybe you will recall the story of a former trade union leader, who later became a governor and political party chairman, who vehemently demarketed a governorship candidate in his home state, only to turn around, vigorously campaigning for the same man to become governor.

When asked if he didn’t think he was contradicting himself, he explained it away as mere politics. That tells you the cloth from which Nigerian politicians are made of. It also explains why the value system is warped.

This will help you understand the disappointment Nigerians felt when labour leaders kowtowed, and called off the strike they announced with so much histrionics to protest hikes in electricity and petrol prices.

After his first inaugural in 2009, former American President, Barack Obama, put it to members of the Republican Party in the following terms: “Elections have consequences: I won!” He would be shaping America’s policies and values during his term as president.

If you agree with realists, who argue that political parties are formed to advance private interests, you will appreciate how those thrown up to run any political leviathan, through election or imposition, are the aggregate of the ethos of citizens of a political space.

Practitioners of the esoteric science of statistics use the concept of central tendency to explain the likelihood of quantitative data to cluster around some central value. This, in everyday English, means averages. And the law of averages, which cynics say is generally a value below the best, suggests that a particular outcome will occur over a period of time, at a frequency or regularity similar to its chances of occurrence.

Some uncharitable persons think the law of averages is a reflection of wishful thinking or low understanding of statistics. That’s another way of saying that averages are just that, averages, and not the best that could be.

The individual who said that a chain is as strong as its weakest link doesn’t seem to like averages, which, of a truth, is not always the best that could be. To reiterate, even if it seems repetitive, an average is certainly not the best.

Because Nigeria compromises when selecting, even electing, personnel to strategic state offices, merit is compromised. And that translates to personnel merely staying in office, without necessarily performing any meaningful activities.

That the value of the Nigerian national character is decidedly average, and discourages merit, is evident in the section of the Nigerian Constitution that requires anyone contesting even the presidency, the highest political office in the country, to provide only evidence that he has gone through high school, and not that he passed the examination.

Section 131(d) of the constitution says: “A person shall be qualified to seek the office of President (of Nigeria) if he has been educated up to at least (secondary) school certificate level or its equivalent.”

It says the equivalent of School Certificate could be, “Primary Six Leaving Certificate, or its equivalent,” and, evidence of service in the public or private sector, attendance of courses and training, or just the ability to read and write in the English language as long as it is acceptable to the Independent National Electoral Commission.

Though there are exceptionally brilliant individuals in Nigeria, the grundnorm constitution that lowers qualifications for even the highest job in the land, imposes the value of average on Nigeria’s national character, so that nearly all things are compromised and amoral.