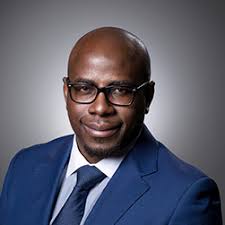 Nigeria’s chronic power shortages have been a defining feature of the country’s path to sustainable economic development. As an oil-producing net importer of petroleum products, this makes the lack of investment in Nigeria’s own domestic energy infrastructure even starker – a trend which must be reversed.

Currently, peak power supply is a quarter of the total 20,000MW demand in the country. With electricity generation per head 25% below sub-Saharan African averages, the country spends $12bn annually on diesel to power generators. This cost comes with additional health and environmental hazards, highlighting the importance of developing a sustainable, reliable energy mix.

Economic productivity is severely impacted because of inconsistent power supply. Its resulting cost to the economy is estimated at $29bn annually. In the context of an anticipated COVID-19-induced recession forecast to be the worst in four decades, there is an urgent need to act.

The gas sector offers a more environmentally friendly alternative than oil. Policy implementation in the shape of the Nigerian Gas Transportation Network Code (NGTNC) illustrates a potential future of an equitable and competitive gas market. Better infrastructure and broader access to gas across the country can have a considerable impact.

Most importantly, these steps open the door to increased investment. Where private sector participation had previously been muted, there is currently an uptick in activity. A healthy proportion of this has been directed to development of midstream assets, and with the influence of the NGTNC the sector’s potential will increase.

African Infrastructure Investment Managers (AIIM) sees value in this, as reflected in our recent activity through our pan-African AIIF3 fund. By acquiring stakes in Savannah Uquo Gas and Accugas, we are invested in an integrated gas midstream business.

Accugas has 260km of pipeline network and a gas processing facility, critical to realizing ambitions of being Nigeria’s gas supplier of choice. Accugas is currently responsible for supplying gas to around 10% of the country’s power generating capacity. Assisting this process are shifts in policy which are helping direct gas production towards domestic demand.

Given that most of Nigeria’s power demand today is fulfilled through diesel based self-generation, significant opportunity also lies in solutions which help the switch from high-carbon, high-cost generating capacity to low-carbon, low-cost alternatives.

We have also invested in Starsight Power, a rooftop solar company which has become one of the leading commercial and industrial solar power providers in Africa. It has a portfolio of over 35MW of generation assets installed in Nigeria and Ghana. This model encapsulates Nigeria’s future energy and economic ambitions, harnessing the vast potential of our solar resources, while reducing reliance on the nation’s primary commodity.

Increasing utilisation of lower carbon emitting fuels and energy sources speaks to a future which considers sustainable growth and the lives of generations to come. A warmer climate and less predictable rainfall are having deleterious effects on many communities, especially those whose livelihoods rely on rain-fed agriculture. Climate change is driving displacement across these communities, impacting millions and compounding issues food security issues.

Achieving inclusive and sustainable growth will mean fully embracing alternative, cleaner energy sources. In a country where 43% of people are living off-grid, options like solar mini-grids bypass the need for installation of transmission infrastructure, bringing down costs and delivering power at affordable rates. Technology developments also mean such options are widely deployable and rapidly scalable.

Despite modest uptake, there is growing momentum towards commitment to a more sustainable future. In August, the government released eight tenders for solar power projects, which will be followed by a US$200m mini-grid development initiative from the African Development Bank. The World Bank has also pledged its support for the second phase of Africa’s largest off-grid hybrid solar project, the Energizing Education Programme.

Bringing power to seven teaching hospitals, 37 universities and 159,000 students and staff, this is an investment in the future. With over half of the nation’s population under the age of 18, actions now will leave a legacy of greater social development. Though these are long-term goals, they are only achievable through immediate action.