Address Insecurity in Nigeria, You Were Not Elected Only to Borrow Money — Wike tells Buhari 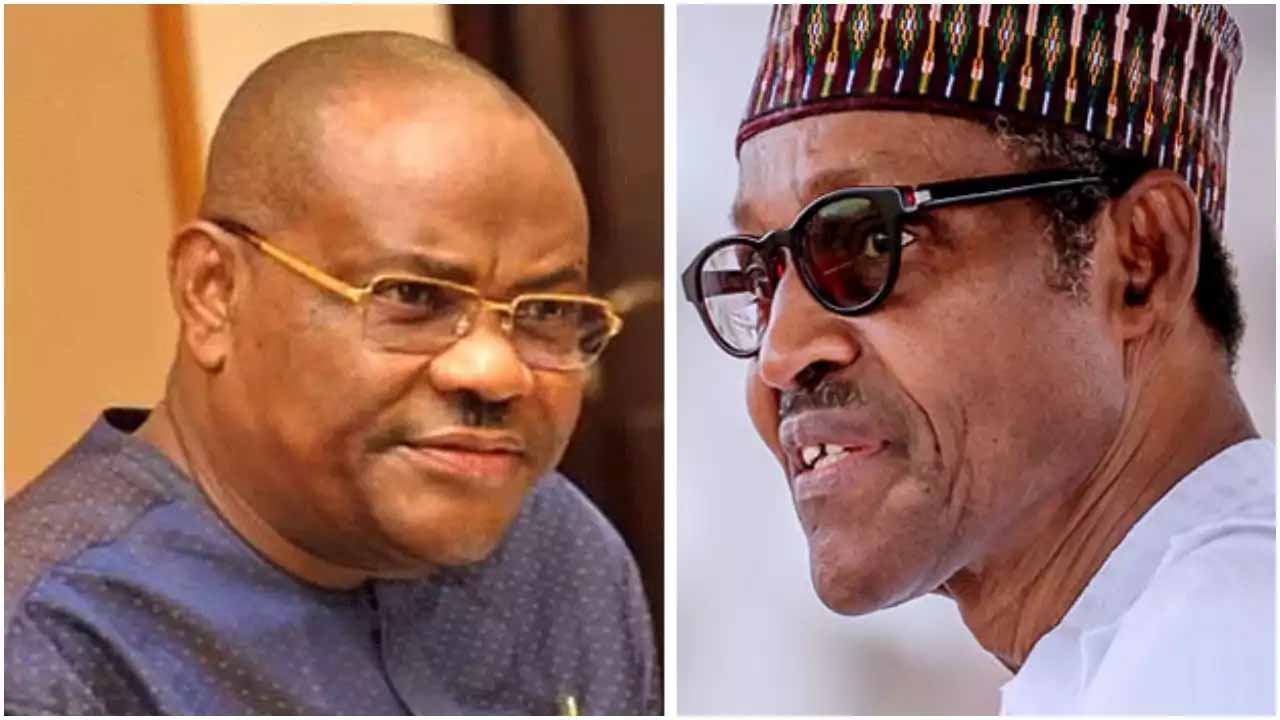 Governor Nyesom Wike of Rivers State has charged President Muhammadu Buhari to see himself as responsible for securing the lives and property of Nigerian citizens in the country.
Wike reminded Buhari that he is the Commander-in-Chief of the Armed Forces of the Federal Republic of Nigeria, and cannot shift his constitutional powers of securing lives and property of Nigerians to the state governors. The governor said this in a statement issued by his media aide, Kelvin Ebiri.
Woke spoke at the commissioning of the 21-kilometre Odufor-Akpoku-Umuoye Road in Etche Local Government Area of the State on Tuesday. According to him, such a position suggests that the All Progressives Congress-led federal government has no idea of how to tackle the troubling security issues and make the country safe for Nigerians.
He enjoined the federal government to admit that it can no longer fulfill the promises it made to Nigerians and also lead the country out of its present predicament.  According to the governor, admitting weakness publicly when there is failure makes a leader respectable.
The governor urged Nigerians to start comparing the performances of governors in the APC and opposition party, the Peoples Democratic Party.
“Mr President, you are the Commander-in-Chief of the Armed Forces of the Federal Republic of Nigeria. You appoint Inspector-General of Police, you appoint the Chief of Army Staff, Chief of Naval Staff, the Commissioners of Police, Directors of Department of State Service, and other heads of the security arm. “Which ones do governors  appoint? How can people appointed by Mr President be under me?” he asked.
“It is not only to borrow money for Nigeria that you’re in charge. You must also be in charge of other things including security. Who signed order 10? Is it the governors?”
“Mr. President was short of calling names of those governors who run to Aso Rock when they are supposed to stay in their states to see the needs of their states and people.
“Mr. President should have come out openly and said, my APC governors, stop worrying me. Go back to your states and do your work. On that, I support him.
“Thank God, Mr. President knows that I am not one of those that go to visit him over one problem or the other. I, as the governor of Rivers under PDP, you’ll never find me there.”