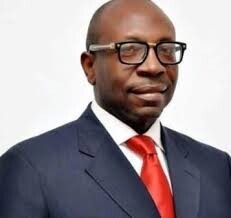 The governorship candidate of the All Progressives Congress (APC) in the forthcoming gubernatorial election in Edo State, Pastor Osagie Ize-Iyamu, has denied collecting any money from anyone.

Responding to questions on Arise TV, Pastor Osagie Ize-Iyamu said, ” The EFCC case against me for #700 million, I have made it very clear that the so-called money was never given to me. All I did was that the money for campaign came and I, along with two others went to the bank and confirmed it”.

He further said that the money was taken to a party leader’s house from where it was subsequently shared to the 18 local government areas of Edo State. Showing surprise, Ize-Iyamu asked, “how can I refund what I did not collect”?

Pastor Ize-Iyamu is currently standing trial for allegedly receiving #700 million campaign funds for electioneering campaigns for the PDP in the buildup to the 2015 general elections.