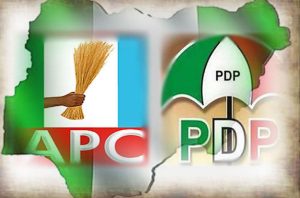 Plans are have reached advanced stage to ensure the full actualization of the political interests of Nigerian workers in the 2023 general elections.

Towards this end, the Trade Union Commission (TUC) is to begin the setting up of zonal political commissions to sensitive the workers.

This is according to Dr. Ayo Olorunfemi, the Chairman, TUC Political Commission, told Tribune Online that “Part of what we have done is the establishment of political commission at the national and state level. Within the next one week we are going inaugurate the zonal commissions.”

“So if you are a worker, whether a carpenter, a mechanic or a trader in the market, you are a worker. You have to belong to the already established workers’ political commission.

“Within the next few weeks, we are going to make a pronouncement for all our members to go to their ward and pick membership card of Labour Party. As regards the ongoing electioneering progresses we are working underground and we make known our stand regarding presidential candidate.”

On why workers should and join Labour Party and as well ensure that the APC party is not elected to govern Nigeria in the presidential capacity, he said; “Coupled with the seemingly insurmountable ravaging economic hardship and the exacerbating insecurity in the country, the recent bandits’ attack on a train en route Abuja to Kaduna that caused the death of many Nigerians, including two members of the Trade Union Congress of Nigeria (TUC), has aggravated the leadership and members of the Organised Labour in the country.

“While many wail, others expecting actions that would curb the menace from government, TUC political commission leadership believes that the best option for Nigerians is to ensure that the All Progressive Congress (APC) party is voted out of power in 2023, whence the reason workers across Nigeria must register and join workers’ owned political platform, the Labour Party.”

He went on to say; “Other political parties over the last years have failed us. They have disappointed us. They don’t feel concerned about workers. They play lips service with issues of workers welfare. They cannot provide infrastructure that will make working environment conducive. There is no water to bath, to drink, no water to wash. You have to provide your own water. You have to buy your pole to get electricity, you have to buy your wire, you have to also buy the transformer and yet you are paying. So these conditions cannot continue. That is why we have to support our political party and show them how to govern.

“Now, they are overwhelmed and we are even saying the president should resign. Because his government apparently lack ideas. There is no more idea on their head. We have been hearing we will, we will, we will from them and till today they are still saying we will. They are not even ashamed of continuing saying ‘we will’ even at this wee hour. Something they have been saying in the last 7 years they are ruling us.

“I wonder if they still expect us to vote them in this 2023 general elections and then find ourselves in this same hell for another four years. Nigerian workers are saying, no way!”

“The Labour Party belong to NLC and TUC but the fact is that if you claim to own something, you must truly and truly own it. There are no  many members of  NLC and TUC that are card carried members of Labour Party. However, that is what we’re trying to change right now. We are working on ensuring that now, if you’re a worker and you are interested in a political participation, the right party for you to join is the Labour Party.

“We have being having meetings. Challenges will come, is not something we can be mentioning, it is natural that in the process of any endeavor where you have human beings who have the ability of critical thinking and are also futuristic from different backgrounds, you expect that everything will not just be a smooth seal. You will surely have some rough edges, so those rough edges are the one we are trying to scrape now to make it smooth.

“We are having a very robust discussion with the current chairman of the Labour Party. We’ve always been in touch and they’re also concerned. They want a Labour Party that is strong, that can take over power. Nobody wants to superintend over something that is not not productive.

“The fact remains that we must recognise the various stakeholders. Their various identities within the system must be recognised and validated. The stories of the stakeholders in the system must also be validated. Don’t  say this person doesn’t know what he’s saying. No, listen to what he has to say. Validate that story and also bring your own story that will also have to be validated by this other group. Then we put everything on the table. That is how to make peace. Interestingly, we have gone far and about 70% into doing all of these. So within the next few weeks, Nigerians will be seeing some practical steps.”

“Talking about membership, you cannot have dual membership of a political party. You can be in this political party and that political party. You can’t contest on APC today, left the Labour Party stranded then tomorrow you claim that you are a member of Labour Party, No. Even if you are the one that created or funded Labour Party. There’s no political party in Nigeria is a one man business. The moment you register it, it has a life of its own and has its own constitution that must be followed. So the Constitution contains those variables or the criteria for membership. The moment you don’t fulfill that criteria, forget about it. Whether you are the one that wrote the whole paper that stipulates the criteria, you are on your own.

“If you want to join PDP today, you can’t join a state level. You can join at national level. You go to your ward, they identify your unit and they will tell you who is in charge in your unit. They take your name and give you a car at the ward level.”

Also, he canvassed that workers should take their fate on their hands and gear up to make sacrifices and change the situation of Nigeria for better.

“Workers should risen up and take their fate on their hands. Workers are known to create something from nothing so we can make Nigeria work for ourselves and children. Yes. By coming to Labour Party, a platform that belongs to them. The better Nigeria and all the benefits of decent work we are clamoring for, we will definitely have no choice than to implement them.

“Rather than continue criticising and wailing, we must find a solution, we must show them how to do it. Some of us who are workers both in formal and informal sector, we create something from nothing. So you can imagine what we are going to create when we have political power.

“This time around, we must work with people who have been able to do some something and achieve great things from nothing. The situation Nigeria finds itself now is getting to point zero and we need people who can turn the situation from zero to 100%.”