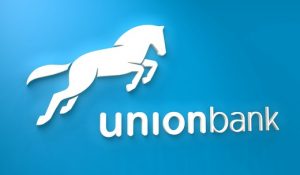 Two of the country’s biggest lenders are among the financial institutions that have indicated interests in acquiring the remaining assets of Atlas Mara Ltd., the pan-African banking group started by Bob Diamond, in Union Bank of Nigeria Plc. Some Middle Eastern banks are also said to be in the race.

The London-listed group, according to the report, has received a number of approaches for its 49.97% holding in Union Bank, the people said, asking not to be identified as the talks are private. Nigeria’s Zenith Bank Plc and Access Bank Plc are among suitors that have expressed interest, alongside other African rivals such as Morocco’s Attijariwafa Bank, the people said.

Middle Eastern banks and private equity suitors have also shown interest, according to the people. Some potential buyers have indicated they may acquire all of Atlas Mara’s remaining assets in Africa, which would include its Zimbabwe unit, the people said.

Atlas Mara has been working with Rothschild & Co. to consider options for its Union Bank stake, Bloomberg News has reported. No final decisions have been made, and there’s no certainty the deliberations will lead to a transaction, the people told Bloomberg.

A deal could bring down the curtain on Atlas Mara’s African foray after Diamond, a former Barclays Plc chief executive officer, misjudged competition on the continent and overpaid for acquisitions. The company said on Wednesday that it’s secured regulatory approval for the sales of its businesses in Botswana and Mozambique and received interest in other assets, without elaborating.

Atlas Mara also said it completed a planned restructuring proces, and extended a standstill agreement with its creditors to May 17 to complete necessary documentation. It’s still in legal disputes with two creditors, TLG and Norsad, it added.

The coronavirus pandemic has accelerated the need to reposition the company, which has seen a plunge of about 96% in its stock since it started trading toward the end of 2013. The firm’s stake in UBN, Nigeria’s sixth-biggest bank by market value, is its largest investment and seen as a foothold into the continent’s most populous nation.