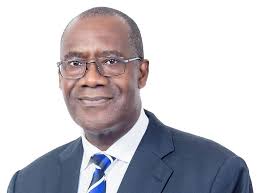 Zambia has become the first African country to defy private creditors by temporarily suspending interest payments to private creditors as it struggles to contain the economic fallout of the coronavirus pandemic. The Zambian government says that it will suspend interest payments for six months, starting from October. But analysts say that the government’s action was not deliberate rather it was forced into a dead end due to its present cash crunch as a result of dwindling economic fortunes leading to a freeze due to a cash-crunch and not a cancellation, in the world of finance, it is being seen as a debt default.

Zambian leaders were conflicted on the question of whether to continue paying wealthy foreign investors or take care of their people. This week they decided to focus on facing the coronavirus challenge. Over the past decade, Zambia has accumulated a foreign debt of more than $10 billion. It has become the first African country to stop payments on private debt, which now make up a major chunk of the loans that the countries in the region have taken.

Debt relief advocates have for months pushed indebted governments to default on their debt, insisting that spending money on healthcare and economic recovery is more important. The 73 most indebted countries have to pay around $45 billion in interest payments in 2020, and a major chunk of it will go to the private sector, says the International Monetary Fund (IMF). Wealthy countries, which are part of the G20, have announced a debt moratorium for their poor peers. However, private creditors have ganged up and refused to be part of such an initiative. Landlocked Zambia is Africa’s second largest producer of copper, which has seen a drastic drop in its price and strained the country’s finances.

It is not alone in taking the drastic step to default on its debt. Last month, Argentina reached an agreement with its creditors to restructure $65 billion of its foreign debt. Private lenders say that refusing to pay interest will make it difficult for poor and developing countries to secure future loans that they need to build roads, hospitals and schools.

But experts argue that extraordinary times call for extraordinary measures. In any case, banks and institutional investors had themselves lined up to loan funds to African countries because they were getting a higher return. Many African countries, already struggling with poverty and instability, don’t have additional resources to spend on equipping hospitals to deal with the expected increase in the number of patients who require ventilators and ICUs.

A recent study by Jubilee Debt Campaign, which advocates for debt relief, found that 63 impoverished countries were consuming 5.2 percent of revenues to pay foreign creditors in 2011. This average rose to 12 percent in 2019. In just five years between 2012 and 2017, the average external debt as a percentage of the GDP of low-income developing countries surged to 50 percent from 30.35 percent.

Countries like Ghana, which heavily depend on the export of gold, oil and cocoa, are particularly at risk of a crisis, as the price of commodities have plunged, and the cost of dealing with the Covid-19 pandemic is rising. Jubilee and others have called for complete debt write-offs, something which is not unusual. In 2001, developed economies agreed to give debt service relief amounting to $34 billion to 23 Heavily Indebted Poor Countries (HIPC), 19 of which were in Africa. The initiative was meant to tackle poverty.

This becomes especially important in times of an infectious outbreak, which can be a severe burden on the limited resources of most impoverished countries. Out of the total debt of the African countries, around 32 percent is owed to private investors – this comes to approximately $132 billion, according to one study done two years back. Most of the debt of the developing and poor countries consist of loans, all borrowed to pay off previous loans – trapping them in a vicious debt cycle.

Between 2000 and 2014, Zambia saw rapid economic growth which averaged around 6.8 percent. However, since then, the country’s economic growth rate has stalled, mainly because of the drop in commodity prices. Its public debt increased to 80 percent of GDP in 2019 from 35 percent at the end of 2014.