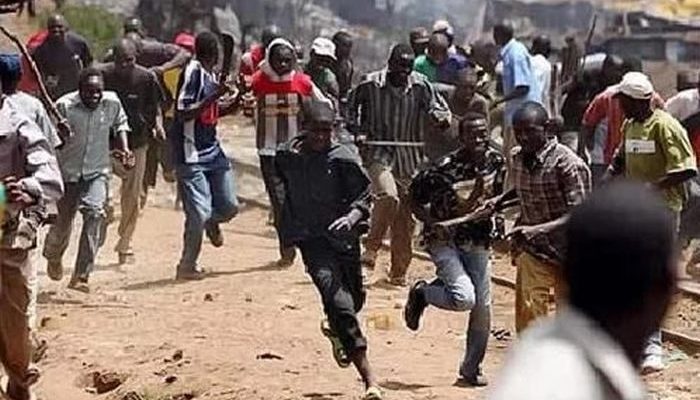 Gunmen suspected to be members of a cult, on Sunday, invaded a Pentecostal church in Inen Ikot Esse community, Oruk Anam Local Government Area of Akwa Ibom State, and shot one of the elders.

The hoodlums, who were armed to the teeth, got to the church premises around 7.05am and made their way to the vestry, where some church council officials gathered for prayer before the commencement of service. It was gathered that they shot one Friday Ufenang, an elder of the church, left him in a pool of his own blood before engaging in a shooting spree, causing the worshippers to run in different directions.

It was learnt that Ufenang was rushed to the University of Uyo Teaching Hospital by policemen deployed to the scene, and he is currently on life support.

Speaking with newsmen in Uyo on Tuesday, an eyewitness, Sunday Ibanga, said it was unfortunate that the incident occurred as the new pastor posted to the church was resuming.

The wife of the church elder, Mrs Iniobong, who spoke with our correspondent on the phone, said her husband left for church that early to attend to his duties and left her and the children at home to join him later for the Sunday service. She said she was about leaving the house to join her husband when she heard people screaming and rushing to report the incident to her.

Iniobong stated, “When I heard that my husband had been shot, I summoned the courage and rushed to the church to carry his corpse for burial. But I met policemen helping me to carry him to hospital for treatment. My husband is on oxygen at the emergency ward; we need money to pay for various tests before surgery can be performed to remove the bullets in his head.”

The state Police Public Relations Officer, Odiko Macdon, who confirmed the incident, described it as unfortunate, but gave an assurance that the command would do everything possible to arrest the perpetrators of the crime.

He said the state Commissioner of Police, Andrew Amiengheme, had despatched personnel to the scene to restore normalcy in the area