Custom killings: My people may fight back, says Ogun monarch 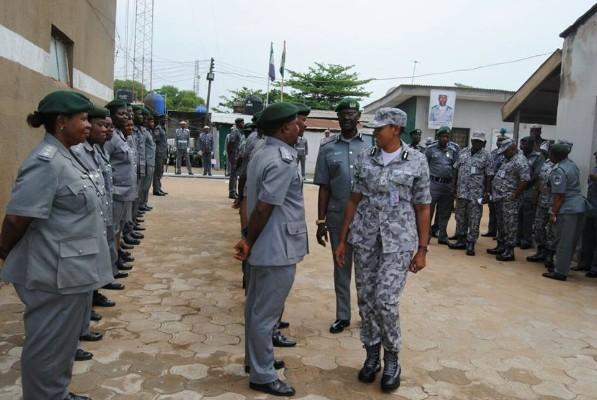 The Asale of Isale kingdom, Oja-Odan, in the Yewa North Local Government Area of Ogun State, Oba Ganiyu Adegbola, has expressed fears of possible reprisal by the residents following the alleged killings by men of the Nigeria Customs Service.

The monarch said this while reacting to the recent killing of a 50-year-old panel beater, Moses Atanda, on the Oja-Odan-Eegua Road. The Custom officers attached to the Yewa North border were said to have allegedly fired bullets, which strayed and killed Atanda who was in his workshop. This development angered residents of the area who threatened to attack the custom officers but were calmed by the monarch.

Speaking with our correspondent on Tuesday, Oba Adegbola said the incident was one of many fatal incidents in the area. The monarch said, “The man that was killed, Moses Atanda, is well known to me and he was a panel beater, not a smuggler. I was told he was killed by a stray bullet at his workshop. This is not the first time an innocent resident will be killed.

“I have been doing my best to appeal to my people not to be violent but I may not be able to calm them any longer. Each time this incident happens, they want to attack. I want to call on the government to reach out to the leadership of Customs. Security agents should be well examined before giving them guns.”

However, reacting in a statement on Monday, the NCS, through its spokesperson, Hammed Oloyede, expressed regrets over Atanda’s death, insisting that the victim must have been shot by suspected hoodlums.

Oloyede said his men from Zone B, Ogun I Command, intercepted 18 bags of foreign rice from some suspected smugglers in the Oja-Odan, Egua area.

He said, “On their way, our officers were ambushed by a mob armed with weapons, including Dane guns, bottles, stones and charms, which were used to launch a vicious attack on our officers and men.

“An Assistant Superintendent of Customs II, A K Usman, was abducted along with his rifle by the hoodlums. The team immediately called for reinforcements of both Customs and other security agencies for assistance in restoring law and order.