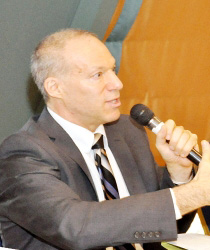 The World Bank has advised the Buhari administration to act now if he is seriously considering the removal of fuel subsidy. The World Bank’s Lead Economist, John Litwack, said that the best time to take such decision is now.

While the Buhari administration has hinted at its intention to remove fuel subsidy, the debate is still on in the country with many Nigerians, including the organised labour, rejecting the plan.

Litwack said at the launch of the new edition of Nigeria Economic Report that if the government really meant to take a decision on the issue of fuel subsidy removal, the best time to act would be now that global crude oil price was at its lowest level.