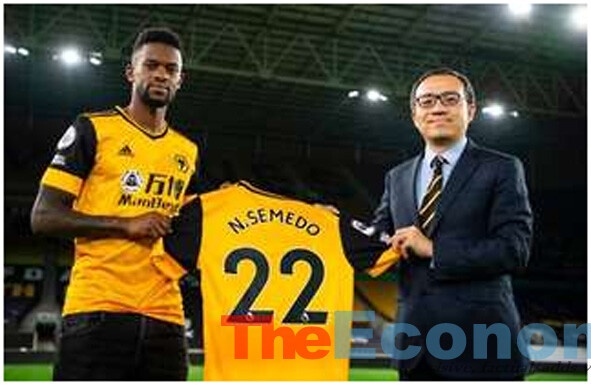 Wolves have completed the signing of Nelson Semedo from Barcelona for £28 million ($37m).

The final transfer fee could rise to £37m ($47m) including add-ons, with Barca confirming Semedo’s departure via their official website on Wednesday.

“FC Barcelona and Wolverhampton Wanderers Football Club have reached an agreement for the transfer of the player Nelson Semedo,” the La Liga giants’ statement reads.

“The English club will pay €30m plus €10m more in variables.

“FC Barcelona would like to publicly express their gratitude to Nelson Semedo for his commitment and dedication and wishes him all the best for the future.”

Wolves chairman Jeff Shi expressed his delight after seeing the defender commit to a three-year contract at Molineux, with the option of an extension through to 2025, while outlining the club’s ambition to keep progressing in the coming seasons.

“‘Progressive at heart’ is one of our core values at Wolves. For a member of staff, for a player, for the whole club, we are all making great efforts to progress continuously,” he said.

“It’s isn’t often that we have the opportunity to sign a world-class player from a world-class club. Nelson’s signing shows we will never stop progressing and we are still hungry and humble in our heart.”