Without Refinery and Petroleum Industry Bill, Nigerians Should Brace for Higher Fuel Prices 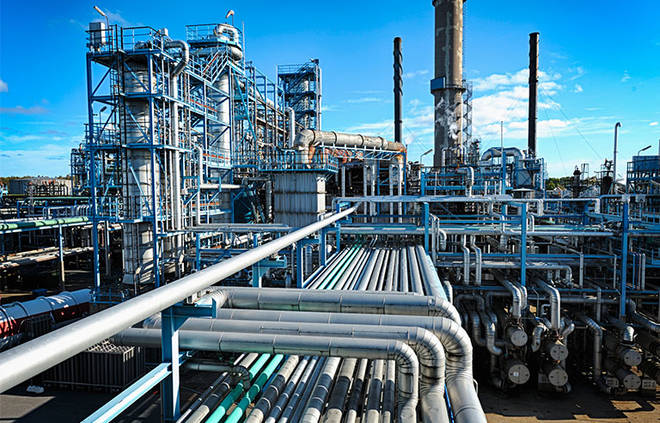 Nigerians have been warned to brace up for higher fuel prices as the factors pushing the cost of refined petroleum products out of reach of the common man are still around. This is because the price of petrol, which jumped from N143 to N162, last week, may likely increase anytime, experts have revealed that it could only be avoided when the Petroleum Industry Bill, PIB, is passed into law and Dangote Refinery commences operations.

The jump in the price was not unexpected after the Federal Government proceeded with the full deregulation of the downstream petroleum sector on June 4, 2020, with the removal of existing cap on fuel prices. Total deregulation means the price of petrol will now be determined by the price of crude in the international market. Naturally, the price will be dictated by market forces unlike what obtained under the subsidy regime.

The good side, especially to government, is that total deregulation enables it to save huge subsidies, which the Minister of State for Petroleum Resources, Timipre Sylva, last week, estimated at trillions since the new regime started. Crude price at $46 per barrel just pushed petrol price to N162. International market What this means is that as crude price rises in the international market, petrol price in Nigeria will go up, perhaps far beyond the current level. Experts, at the weekend, could not say how high price could go.

What, for instance, the situation becomes favourable for an upswing in the price of crude to a level that it sells for $80 or even $100 at the international market? Will petrol price in Nigeria not hit N300, N400 or even N500 per litre under deregulation? The attitude of experts is one of “let us wait and see”. The situation, according to them, is made worse by the fact that Nigeria doesn’t refine crude locally, leading to the importation of petrol and thus adding more cost to the price in terms of export, refining and shipping back. In essence, were crude to be refined here, the shipping cost will be eliminated thus lowering price. Refineries Nigeria averages around 1.8-2mn billion in daily crude oil production but its four refineries have a combined refining capacity of only around a quarter of that—at a measly 445,000 bl/d. According to experts, the only hope is the refinery being built by Africa’s richest man, Alhaji Aliko Dangote, in Lagos. The refinery is expected to commence operations next year with a capacity of 650,000 b/d of crude oil.

Analysts are of the view that since price increment is no longer within the purview of government, the National Assembly, NASS, should expedite action on PIB while the nation waits for Dangote Refinery to commence operations. Initially billed to be operational at the end of 2020, the company said production would begin in the first quarter of 2021 owing to a series of setbacks on steel importation and other crucial logistics. Similarly, the hike in electricity tariff last week introduced a new dimension to the fuel price increase controversy at a time COVID-19 is taking a huge toll on the economy. Stakeholders are unanimous in their opinion that subsidy regime should end because it ‘breeds corruption’ and the bulk of the money that the country should have spent on infrastructure goes into subsidising petrol price.

But many stakeholders do not buy into the idea that electricity tariff and petrol price hike should happen simultaneously. Palliative Speaking on the twin issues, Manufacturers Association of Nigeria (MAN), called on NASS to quicken the passage of PIB to attract investments in the oil and gas sector. It also demanded palliatives for Micro, Small and Medium Enterprises (MSMEs), which may be hugely affected by the hike in petrol price/electricity tariff. Acting Director-General, MAN, Mr. Ambrose Oruche, said: “The era of fuel subsidy bred a lot of corruption and the subsidy did not trickle down to the intended citizens, rather, it went to millionaires, who smiled to the banks.

This deregulation that came in as a result of COVID-19 is a welcome development. ”What government may now be doing is to monitor prices of PMS in the market so that marketers do not sell at prohibitive prices. ”Price of petroleum could be brought down to reasonable levels if government can boost local refining capacity and this it can do by signing the Petroleum Industry Bill, PIB, which would attract foreign and even local investors. “MAN, therefore, wants to use this opportunity to call on the National Assembly to speedily pass the PIB to enable President Muhammadu Buhari assent it, so that investment can flow into the petroleum industry. “Increased investment in the oil and gas industry would surely bring down the price of petroleum products. Petroleum products’ rising cost has negatively impacted Micro, Medium and Small Scale Enterprises, MSMEs, and this would further result into inflation. Electricity On power, he said: “The way to go for government is to annul the increase of electricity tariff until people enjoy at least 20 hours of power daily which could make up for the rise in petroleum products.

“This would allow MSMEs to enjoy reasonable cost of production, with a positive impact on households too, especially as there’s no guarantee that there would be no further increase of petroleum products because as long as industries in global economies are recovering, demand for crude oil would increase and this means the local price of petroleum products would go up as the price of crude would also rise. Like other countries, the Federal Government should give MSMEs grants and tax rebates”.

N200 per litre In his views on fuel price hike, Professor Wumi Iledare, Ghana National Petroleum Corporation’s Chairman of Petroleum Economics at Institute of Oil and Gas Studies, IOGS, in the University of Cape Coast, Ghana, however, said with the current economic reality, petrol should be selling at N200 per litre. He noted that Nigerian National Petroleum Corporation, NNPC, was actually doing the country a favour by fixing the ex-depot price at N151.56 per litre. He said: “The reality on the ground is not pretty at all with respect to what the price ought to be. At the current official exchange rate of $1 to N385, N200 is about right because of the level of demand driven by population and quality of life.

Keep in mind that any attempt to invoke subsidising petroleum has unintended consequences. “Of course, the opportunity was missed at a lower crude oil price. We suggested not setting the price then, but fear of unrest predominated government action then. The economy is highly dependent on oil revenue. Salaries are low and not paid. It is double whammy for petrol to go up, but no budget to subsidise it. READ ALSO: Investments drying up over delay in PIB passage — Experts “If Ghana is surviving, Nigeria’s exchange rates call for at least N200 per litre in Nigeria. In Ghana, a litre is about N325-N350 equivalent. Like Nigeria, PMS consumed is imported. Lessons can be learnt from Ghana.” Global trends Senior Data Scientist/Analyst at CIMSOLUTIONS Rotterdam Area, Netherlands, Dr. Zahrah Musa, said: “It has become very interesting how many Nigerians seem unaware of global trends. Apparently, only Nigeria should have magically avoided the effects of COVID-19 on the economy.” Domestic consumption On his part, Deputy National President of Nigeria Labour Congress, NLC, and General Secretary, National Union of Electricity Employees,NUEE, Mr. Joe Ajaero, said the way out is for the country to commence refining petroleum products for domestic consumption.

He said: “On the hike in petrol price, we align with the NLC and CSOs’ position. However, we condemn it in its entirety. It is not acceptable to increase fuel price in the guise of market forces. You can’t subject yourself to the dictates of the market on a product that you produce, that you have both comparative and competitive advantage. And they are trying to present the issue of refining petroleum products as if it is rocket science, the answer is no. I mentioned recently somewhere that even in the failed Republic of Biafra, within three months they started operations, they were refining petroleum products. It doesn’t require four or five years.

Even in some areas in the Niger Delta, young men and women are operating modular refineries. Now, they should utilize that process of refining since it is for domestic consumption. It is unacceptable that we have a product here, sell it as raw material and buy it as a finished product. There’s no justification for that. If it is something we are not producing, we can buy at any price, but something we are producing you cannot impose an arbitrary price on us. There are no market forces driving price anywhere, it is a lie.”

On the hike in electricity tariff, Ajaero, said: “There’s no evidence the service has improved between 2013 when the power sector was privatised and now. The same 4, 000 megawatts we had in 2013, is what we still have now. Nothing has been added. In fact, it has been fluctuating, going up and down, sometimes 3, 000 or 2, 000 megawatts. They’ve not been able to sustain power generation, transmission and distribution. So why will you now increase tariff when you cannot go beyond 4, 000 megawatts? What are the indices to determine service improvement? The other issue is metering. I’ve never seen any country where you privatise without metering because meter is the measure for sale or distribution of electricity. You can’t buy fuel without a meter there and it is the owner of the business that provides the meter. Even when you go to the market to buy rice, beans or garri, it is the people selling those items that provide the cup by which they measure for you.” Petrol price Founder, Stanbic IBTC Bank Plc, Dr. Atedo Peterside, said on his Twitter page that the federal government should stop making pronouncements on the price of petrol. “If you want to make a phone call it is the telecoms operator that will tell you the tariff. It is the petrol station attendant that should tell you the price of petrol,” he said.

Subsidy unsustainable Former CEO of Asset Management Corporation of Nigeria, AMCON, Mustapha Chike-Obi, on his verified Twitter handle, said: “It was unsustainable and this policy adjustment though late in coming is the proper economic decision. We must not oppose good policies in the name of political opposition.” Inefficiencies Also, Director-General, Lagos Chamber of Commerce and Industry, Dr. Muda Yusuf, said:” “Government does not have the fiscal capacity to fix the power sector. “Therefore, for private investments in the power sector to grow, cost-reflective tariff is inevitable. The alternative is to classify electricity provision as social good, which only the government could provide or subsidize. But it is important to inspire the confidence of electricity consumers through a robust metering programme and guarantee of value for money.’’

Insensitive On electricity tariff, National President, Electricity Consumers Association of Nigeria and Director Energy and Utilities Advocacy Centre, Chijoke James, said: “Consumers do not support tariff increase at this time, particularly now that we are yet to attain stable and satisfactory energy supply to consumers nationwide.” A former presidential candidate, Martin Onovo, said: “We are not surprised. The decisions and actions of yesterday are the realities of today. The APC government has wasted our resources and mismanaged the economy. The natural consequence of that is the economic crisis we must face now. From 1973, when Gen. Gowon , retd, increased fuel price from 6k to 8k, we have continued to increase the price.’