Mar 28, 2022
Rivers State governor, Nyesom Wike, yesterday, came out of the shadows to declare for the presidency, saying he has the capacity to win the 2023 presidential election for the Peoples Democratic Party (PDP). 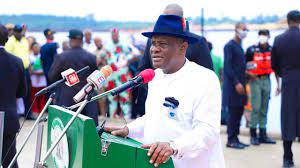