Why I Return to PDP — Donald Duke 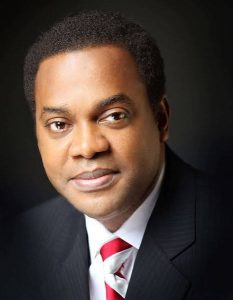 The People Democratic Party (PDP) has cautioned its stakeholders and members over crude utterances over the return of Donald Duke to the party.

In a press release issued and signed by the Caretaker Committee, Effiok Cobham and made available to newsmen, the Chairman regretted the utterances of members over the return of Donald Duke.

He said, “The party would like to caution all stakeholders that this is a time for rebuilding, restoration and reconciliation. It is not a time for trading blame.

“The larger purpose of the development of Cross River State should remain our unwavering focus and should insulate party stakeholders from all other distractions.”

He said that the attention of the PDP was drawn to a statement on social media credited to Duke, former Governor of Cross River State.

“Given the vagaries of the social media space, we would have ignored the statements, it is not signed. But since there has been no rebuttal from Duke, we are constrained to respond in assumption of its authenticity.

“We congratulate his Excellency Donald Duke for finding the courage to re-join the party on whose platform he twice contested and won elections as Governor of Cross River state.

“It is our firm belief that his coming back to the party is not only indicative of the party’s strength in the state, but more importantly, will help in rebuilding a strong and virile party” the statement added.

The statement accredited to Donald Duke stated “Dear Friends, a lot is being said about my return to the Peoples Democratic Party, PDP. Truth is, I reunited with the party almost a year ago now, but in spirit never left the ideals for which the party was founded upon.

“It is rather unfortunate that Governor Ben Ayade who constantly egged me to rejoin the party has himself had cause to leave. A rather unfortunate decision for which neither support nor condemn, as I’m not privy to the details except his complaints of being stifled and unappreciated by the leadership of the party and certain elements of Cross River State origin at Abuja.”

However, post 2007, the party’s fortunes started ebbing. An autocratic leadership Style emerged, communication with its followers declined and emergence in the party was determined largely not by the party constitution or structures but by the whims of the State’s Chief Executive.