Why Enugu is the fifth-best economy in Nigeria 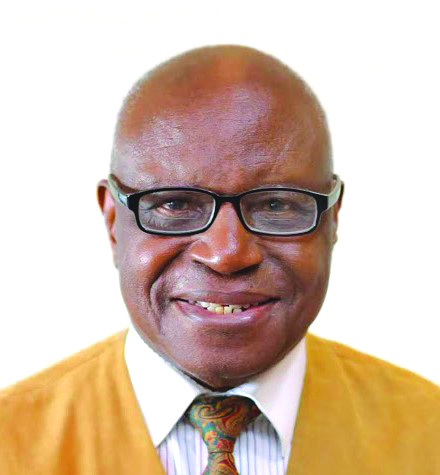 Enugu State celebrated its 29th anniversary in the past week alongside others. Enugu was and remained in the news for good and a sad reason for the massacre by the DSS of unarmed young men freely associating one with the other in exercise. The incident cast a dampener on the deserved celebrations. Twenty-ninth anniversary for the former capital of Eastern Nigeria is an accounting based on the state creation exercises of Nigeria. Enugu city was before Enugu State and has been the political capital of the Eastern states for years on end. Enugu was the capital of the Eastern Region, Biafra, East Central State, Anambra State and now Enugu State.

Enugu is also in the news for several other positives. One of them is the expected reopening today Sunday 30 August 2020 of the Akanu Ibiam International Airport after one year of the shutdown. Minister of Aviation Hadi Sirika and Enugu State Governor Ifeanyi Ugwuanyi should take a deserved bow for delivering on this project.

Data from the National Bureau of Statistics says Enugu is the best-performing state economically in the South East and ranks fifth overall in Nigeria. Enugu ranks with the best in Internally Generated Revenue (IGR). Yet it is not an oil-producing state and no longer has any major industrial outfits apart from the old ANAMMCO retooled by Frank Nneji’s Transit Support Services (TSS) Limited and the huge Nigerian Breweries plant at Ama. The agro-processing ventures such as AVOP, the cashew nuts factory at Oghe and several others lie moribund.

Economic Confidential, an intelligence publication, lists Enugu State as one of only six states economically viable in Nigeria. Others are Lagos, Ogun, Rivers, Kwara and Kaduna. Its Annual States Viability Index asserts that many states cannot survive without the federally collected revenue mostly from the oil sector.

Collections only tell half of the story. Bayelsa State, one of those that get the most from federal allocations, is insolvent. Many states that should otherwise be ranking with the best as independent entities hold on tightly to their feeding bottles to receive milk from Abuja.

What is Enugu doing right?

Economics is about data, but it is ultimately about people. Governor Ifeanyi Ugwuanyi gets deserved plaudits in the state for economic management. Many there are who disagree with him on the relationship with the centre, alleging softness over Igbo interests. Still, in the direction of the resources of the state, he gets a hurrah. It starts with the treatment of human capital.

Government workers in Enugu State get their salaries on the 24th of every month. They have also under Ugwuanyi regularly received the 13th-month compensation. Regular and appropriate payment of workers is not only right but smart. The bureaucracy often makes a critical difference in a project and human management. The bureaucracy could be a clog or an enabler.

Prudence is Ugwuanyi’s watchword. He has carefully managed the lean resources of the state while pushing to enlarge the coast. He has kept borrowings low, unlike some states rushing to sign loans from China.

Enugu State is like most states of Nigeria in boasting several natural resources. They include coal, the mining of which from the 1920s earned its capital the moniker of Coal City, iron ore, limestone, fine clay, marble, and silica sand. Official literature claims its industries include textile manufacturing, food processing, lumbering, soft drink bottling, brewing and furniture manufacturing.

Enugu State covers a land area of 7, 534 km harbouring 17 local government areas. Its 4.6million people live in a place that includes most of the Udi-Nsukka Plateau that rise to more than 1000 feet.

Investors listened as Enugu State led the states of the South East in Foreign Direct Investment as well as in Internally Generated Revenue over the last four years. Enugu State’s IGR grew from N14.2b in 2016 to N31.7b at the end of 2019. It was not a straight upward curve, though. While it rose to N22b in 2017, it declined by one per cent to N21b in 2018 and then grew majestically to N31.7b in 2019.

What has Enugu done right? Automation is a significant contributor. Others include deployment and tinkering with the law, enforcement, communication, information and education of citizens, and proper structures. Automation of revenue collection in Enugu has widened the tax net while minimising leakages. In return, officials report an increase in voluntary tax compliance by the large numbers of citizens in the unorganised private sector. It then streamlined many taxes, bringing all land-based taxes by the state and local governments into the single Enugu State Land Use Charge Amendment Law (2017).

Automation is central and has featured in the Pay Direct System by which all revenue goes directly to the banks. In contrast, the state has extended automation of revenue collection to all other revenue arms. Enugu State believes that the introduction of the Enugu State Social Benefit Number as a tax card would digitally document and increase the state’s tax database.

Emeka Odo, a vibrant multifunctional professional, chairs the Enugu State Internal Revenue Service. Governor Ugwuanyi established the Board in 2016, and the state asserts that it is the first time a properly constituted board would administer this critical function.

Enugu State claims it grew IGR without increasing taxes. Instead, it expanded the tax net by bringing in more people. Ugwuanyi also played smart. He waived the payment of income taxes for the most disadvantaged groups -petty traders, artisans, Keke/Okada riders, and similar vocations. The state granted Covid19 tax reliefs to citizens as well.

While the Board gets plaudits for the positives of IGR increment in the state, it understandably draws the ire of some citizens. It has applied carrot and sticks, including “distrainment” (seizure until the owner performs an obligation) of properties and prosecution of offenders. Enugu State is proof that where people fete the taxman, then something is not right. The taxman gets grudging respect and admiration.

The Enugu State IGR story speaks to possibilities and what our states can do with proper deployment of human capital. Enugu and Nsukka are becoming notable players in the fast-evolving Nigerian digital start-up ecosystem. The future beckons to the state to show even more the benefits of higher IGR.

Chido Nwakamma is of the Lagos Business School.