Are Foreign Loans the Only Option for Infrastructure Financing? 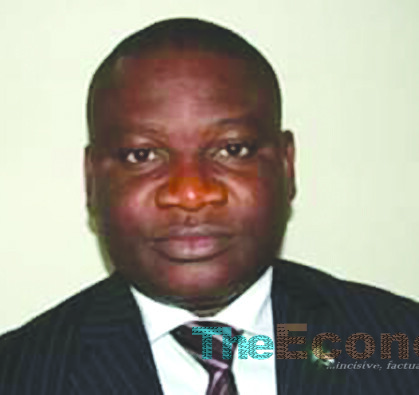 You may loathe or like former President Olusegun Obasanjo but the one thing you cannot take away from him is his clear vision and direction for a great Nigeria. And so it was that in the eight years that he led this country, you can pin point without any equivocation that the Owu chief left legacies on the sand of times.

I will point out just two areas where he left profound footprints during his eight year reign.

Remember that Nigeria’s inability to join the global community to embrace the global system for mobile communications also known as GSM was becoming an embarrassment to the point that even a small country like Benin Republic, mechanics were already brandishing mobile phones long before Obasanjo took office.

He went about it by first setting up the Nigeria Communications Commission (NCC) under Engr Ernest Ndukwe and mandated him and his team to deliver the new communication technology in Nigeria. Today, the rest, as they say is history and its contribution to the gross domestic product is there for all to see.

Exit from Paris and London Clubs

According to records at the Debt Management Office (DMO), Obasanjo inherited a foreign debts profile of $28,039.21b made up largely of Paris club and other multilateral financial institutions contributing 87% while London Club and promissory notes made up the balance of about 13%.

That same year, the price of crude oil from which Nigeria has always depended on for its primary revenue was $19 per barrel. By 2007 when Obasanjo left office, crude oil price never peaked at above $73 per barrel.

Yet, the Owu chief prudently managed the economy, established an excess crude account and saved for the future. He also established the Nigeria Sovereign Investment Authority (NSIA) to reinvest funds accruing to the excess crude escrow account.

By the time he left office, he had paid off both the Paris, London Clubs debts including the promissory notes. Nigeria’s debt stock fell from $33b to just $3.3b only which was owed to the World Bank and African Development Bank Groups.

Today, barely 13 years after Obasanjo relinquished power, Nigeria’s debt stock has climbed to $27.6b comprising loans from World Bank, AfDB, China, Bonds. Nigerians are being made to believe that all these money are being used to finance infrastructure. Really? How did we get back to this embarrassing past? The answer is that there is something fundamentally wrong with our system, especially the approach to infrastructure financing.

Let me be clear here. President Muhammadu Buhari administration has shown some enthusiasm in completing some of the ongoing projects like the rail, roads etc which is quite commendable. Why I disagree totally with those touting Buhari’s overrated interventions is that I believe that the provision of basic amenities for the people is statutory.

If an administration does not find it expedient to provide such basic necessities of life for its citizenry, then it has abdicated its responsibilities and has no moral right to be in power.

Let us face it. Buhari tried thrice before 2015 to become Nigeria’s President and failed in each attempt until 2015 when he won. In all these years he was struggling to be President, I do not want to believe this is the best he can produce. It is truly a big shame and embarrassment to see the country sliding into recess again. The second of its kind under his five year watch.

With the second recession kicking in and the National Bureau for Statistics (NBS) announcing that the our Gross Domestic Product (GDP) has declined by -6.10%, the economy is in shambles, inflation is in double digits, unemployment figures, out of the roof, opportunities limited and the naira now exchanging for over N500 against major currency as scarcity of especially the United States dollar bites harder. So where is the change that Buhari promised Nigerians?

The truth of the matter is that the Buhari administration missed the boat from the get go majorly because it failed to learn from the mistakes of past administrations. If he did, he would have written his name in gold by now by choosing in line with its change mantra to creatively run government.

Given the change he professed, Nigerians thought Buhari was going to make a remarkable shift from the norm and project towards an entirely new trajectory. For instance, almost every administration before his, borrowed to build infrastructure. So if they had succeeded what would he be building today? He would not have any reason to invest in infrastructure because that has been taken care of.

Therefore, Buhari was expected, when he assumed office, to announce a revolutionary plan of action, a sort of big picture vision to chart a new course and embrace a new financing model that would shore up the infrastructure gap, without liability accruing to Nigeria. Such a model would have engendered transparency, good governance and banished corruption and cronyism from the system.

One popular argument that people often make is that government has no business in running a business. If that is the case, why can’t government hands off its current push to borrow and finance infrastructure and rather limit itself to playing a regulatory role alone? Of course that is what obtains in advanced countries where most of the infrastructure and utilities are largely provided by large private equities.

I strongly believe the Buhari administration would have received wide applause by now if it adopted a private sector driven approach also known as Public, Private Partnership (PPPs) in which private investors are given the opportunities to invest in different areas of the economy like power, roads, rail system, medicare using their own money while government gives them tax incentives, and specific period to recoup their invested capital with interest.

There are three types of PPPs. The Build–Develop–Operate model s where the private sector party buys or leases an existing asset from a public agency, invests capital to enhance and develop the infrastructure, and then operates it according to the terms of a contract with a public agency.

The Build–Own–Operate involves the public agency awarding a single contract—which bundles the construction and operation of the infrastructure—to a private entity. The public agency is responsible for specifying the design of the project, but ownership of the asset remains with the private agency once it is built.

Out of these three, the last one which is the build, operate and transfer model would have presented a very good opportunity for government to aggressively launch a revolutionary infrastructure revival. It would have been at no cost to government to accept for the provision of guarantees. It would have removed bureaucracy and corruption often associated with contract awards and put in place a strong foundation for building of strong institution that would run on its own efficiency without government interference and stand the test of time.

With a declining GDP, rising inflation, unemployment figures and loans profile, the BOT model would have readily become a game changer for this administration for several reasons. For one, the power problems bedeviling the country would have been solved with this model and the country would have saved and redirected several billions budgeted for the power sector all this while and that have all gone down the drain at neither cost nor liability to the commonwealth.

Ditto the transportation sector with strong focus on the rail system. Investors in the railways would have injected their funds, employed Nigerians, connected the entire country by rail and put in a fraud free system of recouping invested funds from commuters.

The road networks across the country would not have be left out. Investors in that area would have been mandated to also connect all the 774 councils with roads and have all of them tolled for the benefit of collecting tollgate fees. The investors would also have been vested with the responsibility of maintaining the roads throughout their concession period while they are recouping their investment.

If this model was adopted to resuscitate our health sector by now, it would have curb medical tourism, boost the training of health personnel, catalyze the entire healthcare value chain including pharmaceuticals, equipment suppliers etc to save huge foreign exchange spent annually on medical tourism.

The most important gains would have been to save the country from the humongous debts hanging on its neck today, ushered in a paradigm shift from doing business as usual, curb wastage and ensured that a new order of transparency, corporate governance and corruption free system emerged. But alas we missed the boat.

Joseph Ushigiale is of ThisDay Newspapers.