The global leading messaging app WhatsApp has announced that it has begun testing the ability for users to share media files up to 2GB in size. The Meta owned platform made this known after rolling out an update that came with message reactions for a limited number of beta testers, the app – the world’s most popular instant messenger with more two billion users – is now running a limited pilot to test the sharing of large files. 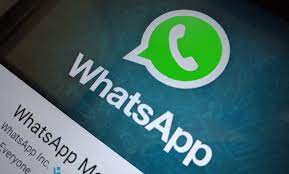 Currently, WhatsApp users are restricted to sending files no bigger than 100MB. The increased file size could prove a concern for the rights holders of television series and movies as it could become easier to share this sort of content with other users.

According to WABetaInfo, which first published details of the pilot project, WhatsApp has rolled the larger limit out to a limited set of beta testers in Argentina.

WABetaInfo, which keeps tabs on the features that are coming next to WhatsApp, said it’s unknown if the larger file size will be made permanent. Although it’s only being tested in Argentina for now, it could still be rolled out for testing in different countries.