Three years after a corruption scandal hit Microsoft and a former South African partner, EOH Mthombo, over a dodgy government contract, a whistle-blower has alleged that the case was just the tip of the iceberg: that the US software giant is routinely involved in bribery and other malfeasance across Africa and the Middle East. 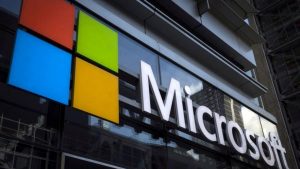 Yasser Elabd, a former Microsoft director for the public sector and emerging markets who worked at the company for 20 years before having his employment terminated in 2018, wrote in an essay published on Lioness, a whistle-blower website, on Friday that corruption at the company has become a widespread problem across the region. Microsoft, however, said in a statement that it believes it has already dealt with the allegations, which it described as “many years old”, and addressed them.

Elabd said he filed evidence with the US Securities and Exchange Commission (SEC), alleging violations of the US Foreign Corrupt Practices Act, but has also accused the US financial regulator of turning a blind eye to the alleged malfeasance. Similarly, he has criticised the US department of justice for declining to investigate his complaint.

We believe we’ve previously investigated these allegations, which are many years old, and addressed them

In his explosive essay, Elabd estimated that at least US$200-million/year is being channelled irregularly to Microsoft employees, partners and government employees through allegedly corrupt schemes across the company’s operations in Africa and the Middle East.

“Experience leads me to believe that 60-70% of the company’s salespeople and managers in the Middle East, Africa and parts of Europe are receiving these payments. Among the customers who I believe have received this money are government officials in Ghana, Nigeria, Zimbabwe, Qatar and Saudi Arabia,” he wrote.

Elabd’s extraordinary allegations come three years after an anonymous whistle-blower filed a complaint with the SEC about alleged malfeasance involving a South African department of defence software procurement deal. The allegations centred on a contract, worth R120-million, awarded by the department of defence in 2016 to EOH Mthombo, a subsidiary of JSE-listed IT services group EOH Holdings.

The whistle-blower’s complaint and a subsequent investigation by law firm Perkins Coei led to an instruction by Microsoft to its South African subsidiary to terminate its agreements with EOH.

This decision, first reported by TechCentral in February 2019, sent EOH’s share price into a nosedive. The company is still struggling to recover from the damage caused to its reputation. Microsoft South Africa has steadfastly declined to comment on the case, saying it is legally precluded from doing so.

In a statement responding to Elabd’s allegations, Microsoft said: “We believe we’ve previously investigated these allegations, which are many years old, and addressed them.”

“We cooperated with government agencies to resolve any concerns,” said Becky Lenaburg, vice president and deputy general counsel, compliance and ethics, at Microsoft, in the statement.

The company said it acted by “terminating employees and partnerships” as part of its investigations, adding that it has “mandatory standards of business conduct course that every employee is required to take, which covers issues like these, and coaches employees on ways to report concerns”.

However, in the Lioness piece, Elabd wrote that he believes he was dismissed from the company for asking too many questions. After raising concerns over one particular contract in 2016, Elabd said he “began to be left off important deals”. His objections to senior executives were ignored, he wrote.

“A general manager told me people panicked when I came to the subsidiary offices, and I had become ‘one of the most hated persons in Africa’. Only later did I realise this was because I asked too many questions; I was stopping people from skimming money off their deals.”

Citing documents provided by a former colleague at Microsoft’s Saudi Arabian office, Elabd said he examined an audit of several of the software company’s partners, conducted by PwC, and discovered that, when agreeing to terms of sale for a product or contract, a Microsoft executive or salesperson would propose a “side agreement with the partner and the decision maker at the entity making the purchase”.

“This decision maker on the customer side would send an e-mail to Microsoft requesting a discount, which would be granted, but the end customer would pay the full fee anyway. The amount of the discount would then be distributed among the parties in cahoots: the Microsoft employee(s) involved in the scheme, the partner and the decision maker at the purchasing entity — often a government official,” Elabd said.

“For instance, in three of the seven sampled transactions, discounts worth more than $5.5-million were not passed through to the end customers — in this case, two government-controlled entities. Another audit report showed a deal with the Saudi ministry of the interior in which a $13.6-million discount did not pass through. Further audits of deals in Kuwait and Saudi Arabia found a total of $20-million unaccounted for — and this involved only two partners out of hundreds across the region. Were an audit conducted for all the partners using these practices, I believe the sums of money found to be stolen would be enormous.”

He said the documents from his former colleagues “clarified other situations that had raised red flags for me years before”. He wrote:

“In a 2015 meeting with members of the Nigerian parliament, the president of the senate complained to me that the government had paid $5.5-million for Microsoft licences for hardware they did not possess. This should never have happened, because Microsoft’s standard practice was to meet with the national assembly’s IT department and financial controller to check the number of computers needing licences before submitting any proposal.”

“Likewise, auditors discovered that Qatar’s ministry of education was paying $9.5-million annually over seven years for Microsoft Office and Windows licences they weren’t using — as they didn’t even have any PCs or laptop computers. Others have called out a similar scheme in Cameroon, where neither the government nor Microsoft would confirm whether 500 000 purchased Office Academy 365 licences were actually in use.”

“In Saudi Arabia, when the ministry of health uncovered a $1.5-million payment for Skype licences that were never provided, the ministry’s chief information officer demanded that 10 000 licences be delivered in 72 hours or he would conduct an audit. Of course, that money had already been distributed among those involved in the scam. Microsoft immediately provided new licences before the side agreements could be exposed.”

“Another spreadsheet revealed a ‘bad debt’ write-off for a few Saudi partners of $18.6-million in one quarter alone. Millions of dollars vanished in just three months. The spreadsheet does not show where that money went, but what is notable — and suspicious — is that several Microsoft employees were previously employed by two of the partners the bad debt was attributed to, and the son of one of those partner’s owners was also employed by Microsoft.”

Elabd wrote that another common practice revolved around creating fake purchase orders, which he said sales managers “presumably used to increase their compensation”.

“One might question how much these examples implicate Microsoft itself. Could they be isolated incidents that escaped the company’s notice? Given the flags raised by auditors, employees, and government officials in multiple countries, this seems highly unlikely.”

He said governments across Africa and the Middle East “are throwing away millions of public dollars on unused Microsoft products so a few select officials, partners and employees can enrich themselves”.

“Microsoft is allowing employees to steal from its own pockets and from the governments of the countries it operates in to help cement its monopoly on the continent. As the manager told me all those years ago, all that matters is that Microsoft earns as much money as possible. Employees who break the law in service of this goal are living lavish lifestyles, while those who speak up are ostracised and pushed out.”