“We will export 1 ton of gold from Africa to Turkey”

As the production of Gold in West Africa grows, production is expected to reach approximately 9 moz by 2024, so says Turkish firm Hacıoğlu Gold Mining as it announced that it will start field research in addition to gold collection activities in the region.

After the strong growth in 2019, although the pandemic had a significant impact mainly in Q2 of 2020, gold mining activities in West Africa continue unabated. Gold mining activities, which are developing under the leadership of Ghana, Burkina Faso and Mali, which are among the leading markets of the continent, are increasing day by day. According to research data, gold production in West Africa’s three leading markets is expected to reach 8.4 million ounces (moz) in 2024. 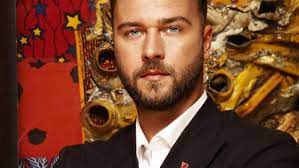 Commenting on the gold mining market in the region, Hacıoğlu Gold Mining CEO Yasin Hacıoğlu said, “West Africa is one of the most important regions with strong gold mining activities. Keeping this in mind, we as a company that has increased its capital to more than TL 2.4 billion in Turkey, carry out gold mining activities in many continents, especially in Africa.”

“Africa is one of the most important markets in gold mining”

Stating that they have achieved significant success in Africa since 2011, “As Hacıoğlu Gold Mining, we were entitled to receive the mining award for Africa within the scope of an international award given in 2018. Our work in Africa, one of the world’s most important markets for gold mining, continues at full speed. Finally, we initiated gold collection in West Africa,” Yasin Hacıoğlu said.

Saying that they aim to become a world brand, while enhancing activities in the gold sector day by day, Yasin Hacıoğlu said, “We aim to export 1 ton of gold from West Africa to Turkey by 2023 within our gold collection operations. We believe that other companies will be born that will represent our country in global markets by catching a successful kick-off in the mining sector, which is on the rise in Turkey.”