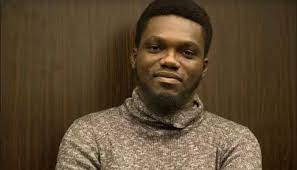 Do me a favour before you start reading this article. Go to YouTube and search for an animated satire show called “Headcases.” It’s been cancelled now, but back in 2008, it was one of my favourite things on television. Having grown up under General Abacha and (retired) General Obasanjo, the experience of watching a primetime show on ITV 1 brutally skewering politicians and celebrities was as new to me as it is to you, now that you are hopefully watching it.

‘Headcases’ was my entry point into British political culture back in the noughties when I was a teenager trying to assimilate into the new environment. Nothing was off limits on the show. The two royal princes were mercilessly satirised as spoiled, unintelligent toffs. Prime Minister Gordon Brown was portrayed as a terrified wet blanket whose catchphrase delivered in an exaggerated Scottish accent was “WE’RE DOOMED, WE’RE DOOMED, WE’RE DOOM DOOM DOOMED.”

Piers Morgan was represented as a self-impressed fathead who suffered an increasingly horrible fate in every episode, including having a grand piano fall on him and having the Eiffel Tower dropped on his head. It was merciless. It was hilarious. It was brilliant. A decade later, my journey into the world of TV political satire at The Other News was inspired in large part by Headcases, and in fact I successfully pitched a segment that was entirely inspired by an episode of Headcases.

Unearned respect is a symptom of regressive culture

When an allegedly respectable senior journalist and editor put his pen to paper, and wrote a crude Facebook rant as his newspaper column earlier this week, two things happened. First, he got the reaction he was clearly fishing for – in bucketfuls. He got it to the point where it stopped being fun, which is when the second thing happened. He suddenly realised that it is no fun to be on the other end of an internet flaming to the end he is used to.

Having given the poorly thought-out, terribly written article the title “Obi-Tuary,” in the time honoured manner of a 19-year-old Nairaland troll spending a year at home after failing his JAMB UME instead of an accomplished 61-year-old media professional, Sam Omatseye apparently did not expect to be held accountable for it. Some concluded that his ridiculous intransigence followed by a public meltdown and ego death was driven by his lack of understanding of modern media’s social nature.

Sam, they said, came from the era when information moved in only one direction from journalist to audience, and the audience had no way to offer feedback or contradict what the journalist said. While there is certainly an element of truth in that, I believe the problem with Sam and many Nigerians of his age to be more fundamental and cultural than functional. It has been my experience that this particular genre of Nigerian truly does not understand ‘why’ they should be held accountable for their own words and actions, and they find such accountability to be disrespectful and an affront to their personalities.

It struck me a few months ago while thinking about this particular topic that you can hardly blame such people for being what they are. The very foundation and basis of all that is culturally familiar to most Nigerians above the age of 45 is – whether we like it or not – autocratic and authoritarian. The constituent cultures of what make up the majority of Nigeria did not, for example, generally understand the principle of sovereign citizenship or collective leadership.

Take the Yoruba word for “government” for example – “ijoba.” That word literally translates to “domain (or congregation) of the king.” This word is still used in Yoruba language today to reference the government in what is supposedly a modern Democratic state called Nigeria. If we agree that words have power and language shapes behaviour and culture, can we really expect people whose understanding of “government” is literally “the king’s stomping ground” to understand the concept of accountability from power?

I do not believe that they stand a chance, left to their own devices. I believe that without deliberate intervention, social progress toward accountability and away from age-based authoritarianism will take a painfully long time in these parts. Consequently, it is my belief that what Nigerian political culture needs is the equivalent of shock therapy – an injection of sharp-tongued, unapologetic, straight talking energy that gives it a rude slap to the face.

‘Headcases,’ which cost ITV a 6 figure GBP sum per episode, may not be realistic and achievable in our context, but I think the intentions and energy behind the show can be distilled and injected wholesale into Nigerian political discourse. This, incidentally, is exactly the reason why I personally insist on engaging in public discourse using a stubbornly acerbic style and a tone that many find unusually aggressive. It is my own little contribution to speeding along Nigeria’s cultural evolution so that we may move from the Dark Ages of Sam to the Enlightenment of Headcases.

David Hundeyin is an investigative journalist.