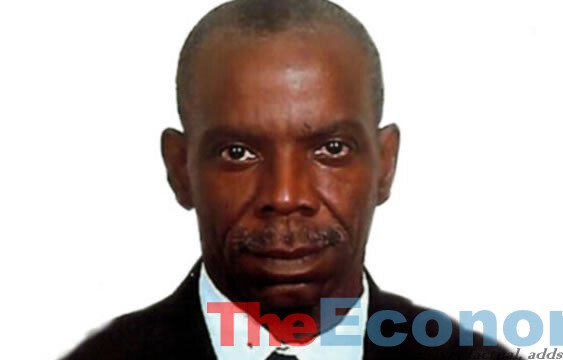 A good idea that is coming out as an imposed federal law, instead of an agreement between the Federal Government and the federating units, is the Water Resources Bill that has entered its Third Reading in Nigeria’s House of Representatives.

There is no doubt of a need for a pan-Nigeria approach to harnessing the water resources of the country, some of which run across states of the federation. But it should not be in form of a top-down approach in the manner of a know-all central command, reminiscent of the way of the military that has ruled for nearly half of Nigeria’s years of existence after the exit of the colonial suzerein.

The bill intends to empower the Minister of Water Resources to formulate policies and strategies to manage Nigeria’s water resources, and disallow any entity from commencing borehole drilling business without a government licence, while its regulations will be binding and enforceable under the law.

The proposed law will set up a Water Resources Regulatory Commission that will, among other things, issue licences to persons or corporate organisations to undertake abstractions of surface and ground waters, public and private irrigation, drainage systems, and diversion or impoundment of water for mining purposes.

It will also give permission for construction and operation of hydraulic structures for rivers, dams, water intake barrages or artificial bars across rivers, groynes or barriers to check erosion, water bed and bank stabilisation dykes or trenches, polders or reclaimed land, wells, discharge of industrial and agricultural wastes into water bodies, sand dredging and rock removals in rivers.

Protagonists of this bill think it will rejuvenate Nigeria’s nearly moribund water basin authorities, deliver more effective service to the people, and make the country’s water resources more economically viable by stirring up competition. But it should be a joint enterprise between the federal and state governments.

Take a look at Tiyanja Maluwa’s account, “Legal Aspects of the Niger River under the Niamey Treaties of 1963 and 1964,” an account of how Guinea, Mali, Niger, Benin, and Nigeria agree on how to exploit River Niger that empties into the Atlantic Ocean by the Gulf of Guinea.

The River extends from the southern fringe of the arid Sahara Desert, to the Sahel that separates the desert from the wetter region, the Savannahs with open grasslands and scattered trees, and the moist, rainy and densely wooded forests near the equator.

According to Maluwa, “The philosophy regarding the regulation and exploitation of international watercourses in post-Independent West Africa places… emphasis on the twin concepts of freedom of navigation and freedom of commerce, and on the uses such as irrigation, energy production, mining and manufacturing.”

The Niger Basin Authority is set up to manage the Niger River water flow, in order to avoid flood, drought, silting and the effects of climate change; agree on balanced and equitable infrastructure to harness the river; and attract necessary financing for these projects.

It is important to note that as part of the concessions it made in the 1960s for constructing the Kainji Dam on the Niger River to generate electricity, Nigeria agreed to provide Niger Republic, its northern neighbour, with electricity.

Now, if independent nation-states can agree to harness international waterways, it shouldn’t be a problem for states within a federation to work out modalities on how to take advantage of waters that run among them.

The Lead Debate of the Executive Bill on National Water Resources states that the “intent to regulate the use and conservation of Nigeria’s Surface Water and Ground Water Resources affecting more than one state, pursuant to Item 64 of the (Federal) Exclusive List.”

Item 64 states that “Water from such sources as may be declared by the National Assembly to be sources affecting more than one state.” Maybe the first move against the Water Resources Bill should be an advocacy to amend this constitutional provision that gives exclusive power to decide what constitutes interstate waters solely to the central government without the input of states, the other stakeholders.

It’s interesting that the bill, which “takes cognisance of the law that entrusts the management and control of water resources within the boundaries of a state in that state government,” also insists that the Federal Government shall manage ‘National Water Resources,’ or “water resources channel across two or more states.”

The Land Use Act, which is silent on water resources, but provides that “All land comprised in the territory of each state in the Federation are hereby vested in the Governor of the State,” cannot be ignored.

If “such land shall be held in trust and administered for the use common benefit of all Nigerians,” resident in that state, it appears that state governments should not be excluded by a federal law in matters concerning any portion of the land in the state, including littoral lands.

Supreme Court Justice Samson Uwaifo once upheld the argument of former Lagos State Attorney General, Prof Yemi Osinbajo, that Section 20 of the Nigerian Constitution, which provides that “The State shall protect and improve the environment and safeguard the water, air, land, forest and wildlife of Nigeria,” is not an exclusive legislative function of the National Assembly.

Evidently, no one asked the opinion of the eminent jurist, professor of law, Senior Advocate of Nigeria, Chairman of Nigeria’s common services National Economic Council, and Vice President of Nigeria, before the water resources bill was taken to the National Assembly for accelerated processing.

That shows the quality, and extent, of consultation within the government.

Justice Uwaifo was of the opinion that “It must follow that the (National Assembly) cannot make law in the form, and to the detail, and territorial extent of the present Nigerian Urban and Regional Planning (Act) 88 of 1992.”

“To do so,” he argued, “will be in the breach of the principles of federalism and an incursion into the jurisdiction of the States.” Let it not be that the National Assembly will be the agency that will be used to compromise the Nigerian Constitution.

If this provision remains a part of the extant Nigerian Constitution, it appears that the NASS is travelling an unconstitutional road that will eventually lead to an embarrassing reversal of an Act it has spent so much time and resources to enact.

One might add that the lawyers in the two chambers of the NASS have not quite demonstrated a good grasp of the laws of the land.

Lekan Sote is a columnist with The Punch (Twitter @lekansote1)