War against the poor 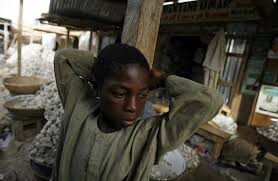 With the economies of countries across the world still reeling under the debilitating effect of COVID-19 pandemic, it should ordinarily be expected that a responsible government would at this period at least show empathy indeed if it cannot in any way alleviate the sufferings of its people. After all, it is consistent with a popular saying by the Yoruba-speaking people of Nigeria that a deity that is incapable of improving a person’s condition should avoid making it worse, (Orisa boba le gbe mi, se mi boo ti ba mi).

The deity, in this case, is the President Muhammadu Buhari government, the government that promised to lift Nigeria from the ruins of the reign of the Peoples Democratic Party and give Nigerians a new lease of life. The promises were massive and people were filled with expectations. It did not promise to leave Nigerians the way they were when the PDP was in government. In fact, it promised holistic change and promised to chariot Nigerians to the next level of prosperity and freedom from economic servitude.

But, can we, in all honesty, say Nigerians are not worse off today? Have the screams of the majority of dejected and disenchanted Nigerians not reached new decibels? In response to the verbal battery of his principal by angry and wailing Nigerians, the president’s most senior spokesman penned a piece he titled “Why we need to calm down.”

Adesina had written that “If you listen to some people; angry youths, religious leaders, political analysts, newspaper columnists, news reviewers, so-called activists, then nothing positive is happening in the country.  It’s all about insurgency, banditry, killings, joblessness, corruption, lack and deprivation. True? False!”

The spokesman then went ahead to list massive infrastructural developments — roads, rail, airports and bridges, among others. If one pretends to concede that the Buhari government has indeed made giant strides in infrastructural development, Adesina must be reminded that people must be alive to use roads, bridges and airports. If angry Nigerians do not see the infrastructural development trumpeted by him, it is because they are blinded by hunger, joblessness, mindless killings of their loved ones and grinding poverty; something that signposts a seeming colossal failure in the primary responsibility of the present government. It is not for nothing that it is said that the fulcrum of governance is the welfare of the people. Nigerians cannot be asking for too much by demanding to be governed with a human face.

It is unimaginable that the citizens of the country that parades the highest concentration of the wretched of the earth would amidst a pandemic be subjected to untold hardship that is bound to further trap many in the chasm of destitution by the government of their country.

We cannot quantify the scale of havoc the COVID-19 pandemic has precipitated, but it cannot be contested that many have lost jobs, salaries have been slashed and businesses have permanently remained on life support, waiting for the last breath that would further swell the burgeoning statistics of the unemployed and deepen poverty.

In spite of the harsh and stark realities that confront the Nigerian people, the Nigerian government has found this period auspicious to endorse a hike in electricity tariff and fuel price, leaving the average unit cost of electricity increased by almost 100 per cent to about N62 per kilowatt-hour and retail price of petrol increased by 10 per cent to about N160 per litre.

If the mismanagement of taxpayers’ money must stop, it must start with the president. By the way, what do we call a manager that spends 97.5 per cent of his revenue to service a debt like Nigeria did from January to May 2020? Didn’t Buhari deny the existence of fuel subsidy before he conquered Nigeria’s highest office? How then do we remove what is non-existent? Did he say it just for our votes? Has he mustered the courage to apologise to Nigerians that he now sees what he never saw before now?

It is noteworthy that what is called fuel subsidy here is a burden of incompetence transferred to the Nigerian people. According to the Society of Petroleum Engineers, Nigeria spends N120billion annually to keep our refineries idle. Also, a Nigeria Natural Resource Charter (NNRC) report reveals that $36billion has been spent on importing petroleum products in the past four years. Then, it is apposite to ask, how much does it cost to build new functional refineries like the ones in Algeria, Egypt, including the neighbouring Niger Republic from where we now import fuel?

With a great number of Nigerians struggling to breathe owing to economic strangulation occasioned by the COVID-19 pandemic as well as ballooning and alarming prices of food items amidst grinding poverty in the poverty capital of the world, the hardship in the land can only double with the increase in electricity tariff and fuel price hike by the Buhari government, paving the way for more Nigerians to languish in poverty’s dark cell.