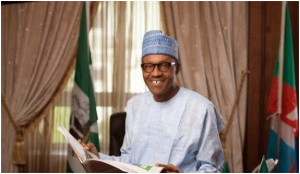 The Conference of Nigerian Political Parties (CNPP) South-West zone has threatened to embark on peaceful protest if the decision by the All Progressive Congress (APC) led government to obey court rulings on bail applications continue.  The Executive Secretary, CNPP, South/west zone, Rev. Austin Nnorom who expressed disappointment urged the Chief Justice of the Federation, Justice Mahmud Mohammed to intervene in the current situation and save the judiciary and democracy from the looming danger.

“Necessity has placed a moral burden on us to crave your indulgence over recent violations of the constitution of the Federal Republic of Nigeria and the checks and balances provided in the principles of separation which violations is not only a big shame to the Judiciary, but also portends an inherent danger for our Democracy if not curbed,” he said.

“The President has resolved not to obey court orders and interfere in the process of the Judiciary by denying citizens their rights to bail after court rulings,” he added.

Nnorom described the development as affront and insulting to the Judiciary which has grievous implications in the sustenance of democracy.   He appealed to Justice Mohammed to protect the sanctity, integrity, and independence of the judiciary; so that orders coming from competent court of jurisdiction would be honoured and complied with.

He further suggested the shutting down of courts until there is a proven signals that the Executive arm of government is ready to obey court rulings. Nnorom also suggested that the chief Justice of the Federation should use his constitutional power to ensure that those who were granted bail and had met their bail condition should be released without further delay.

He also appealed to security agents to stop illegal arrest and detention of Nigerians. “Unlawful and illegal detentions by security agents which is the trend in the country should be stopped and not encouraged,” he pleaded.

The group promised to begin a protest match if after seven days, the federal government refuse to comply with the above suggestions.

“On these grounds we hereby issue a seven-day notice to your office to effectuate our constitutional demands and failing which we shall commence on a protest march and exploit to the fullest all other constitutional means of expressing societies distastes to this alarming and ugly situation including calling on Nigerians to boycott the courts and Judicial proceedings thereby ultimately shutting down our courts”.