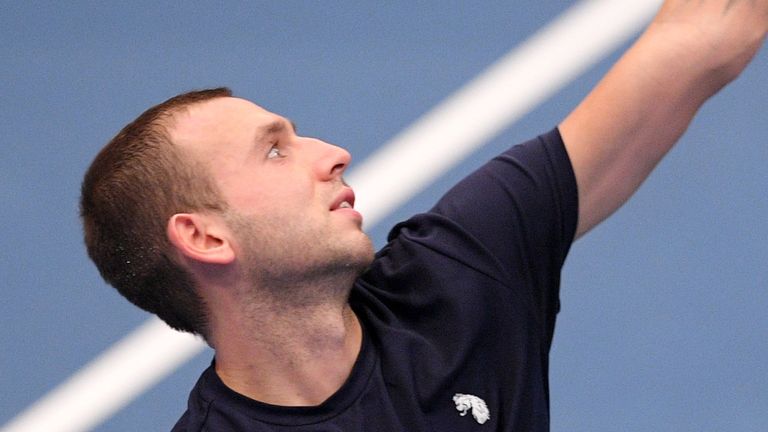 British number one Dan Evans missed out on a place in the Vienna Open final after losing to Italy’s Lorenzo Sonego.

Sonego, who beat world number one Novak Djokovic in the last eight, continued his good form with a 6-3 6-4 win.

Evans was broken in his opening service game and that was enough to see the first set slip away from him.

The 30-year-old Briton needed treatment on a shoulder injury at the start of the second set and could not find enough to trouble Sonego.

The 25-year-old Italian, who was beaten in the final round of qualifying but came into the tournament as a lucky loser, showed some superb skill on the forehand side, and tricky drop shots also helped him at key times.

The fifth seed was leading 6-4 4-1 when his South African opponent Kevin Anderson retired with a leg injury.

“I came here thinking that I have nothing to lose. I already did a really great season,” said Rublev, who is chasing his fifth title of the season.

“I came here to enjoy, to do my best, to fight for every point, every match, and now here I am in the final. I want to keep thinking in the same way and we’ll see what’s going to happen tomorrow.”