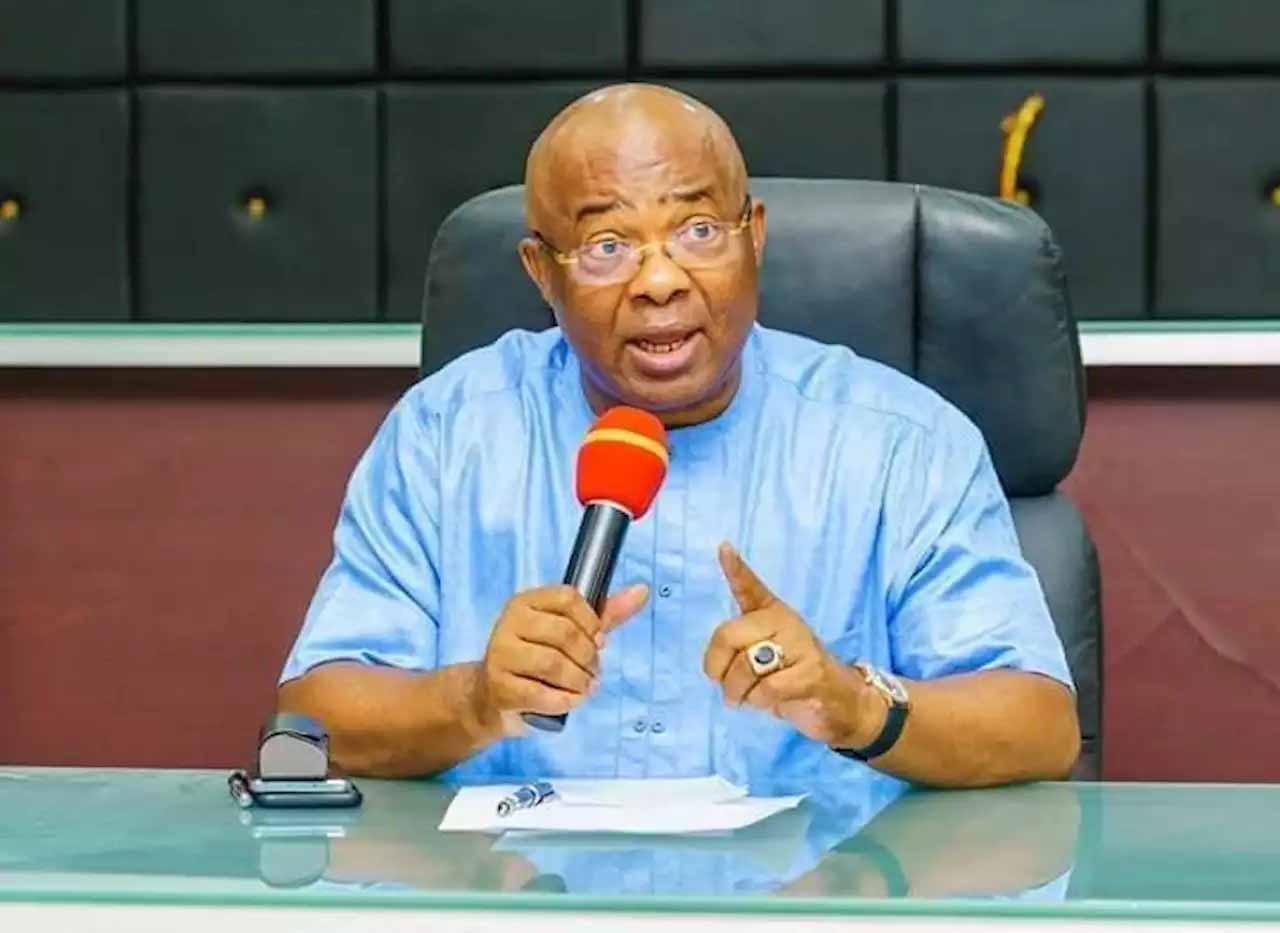 The Governor of Imo State, Senator Hope Uzodimma has met with Roche Group, representatives of Adapalm host communities and equity stakeholders on how best to maximise the N350b investment in Adapalm by Roche Group through the Public Private Partnership (PPP).

Speaking to all the groups at the Sam Mbakwe Executive Chamber Government House Owerri on Thursday, the Governor informed that his  government had succeeded in ensuring amicable settlement with Roche Group over hitherto contentious issues and in a manner that would engender a win-win situation in the Adapalm project.

The Governor told the Stakeholders from the Adapalm host communities that through the PPP arrangement, the Imo State government has equity of 14 percent, the host communities, five percent, while the Board and Management of the Company will work out the remaining percentage of the equity to accommodate other interest groups.

The Governor told the host communities that the N350 billion investment in Adapalm by Roche is not a small investment, hence they must cooperate among themselves to create an enabling environment that would make it possible for them to reap bountifully from the profit and dividends of the Company as equity holders.

Governor Uzodimma reminded the people that he invited them to formally discuss the proposed programmes and plans that are afloat to relaunch Adapalm in a big way and the need for them to take advantage of the deal and to be part of the success story, going forward.

He also said that the meeting was to listen to the Stakeholders on anything they want the government to do regarding the new arrangement so as to take that into consideration.

Governor Uzodimma said: “Government can no longer run Adapalm alone. That is why the government has gone into partnership with the Roche Group for the continued management of Adapalm.

“For some time now, the government and Roche were in court concerning the original MOU and terms of agreement that were not consistent with the 3R mantra.

“Today, through the PPP arrangement, the government has resolved whatever differences there were with Roche Group so as to have a win-win situation and allow the Company to continue in the management of Adapalm.

“The government has restructured the former agreement where Adapalm is to be run based on the new members of the same Roche Group.”

Governor Uzodimma, therefore, appealed to those who have been formerly and informally harvesting from Adapalm to desist from such and align themselves with the new arrangement so as to benefit more from the establishment, both in terms of infrastructure development in their communities and employment opportunities for their wards.

The Governor reiterated that if the new deal is allowed to fester as planned the story of unemployment of Imo youths would be a thing of the past as Roche Group has the capacity to engage thousands of hands due to the Company’s ability to explore Adapalm environment for other value chains.

Present at the meeting were the Deputy Governor,  Prof. Placid Njoku, the Chief of Staff to the Governor, Barr. Nnamdi Anyaehie, Commissioners and other top government functionaries.

The traditional rulers of the host Communities and other opinion leaders from the host communities were properly represented.