Using Biometrics for Authentication in Android 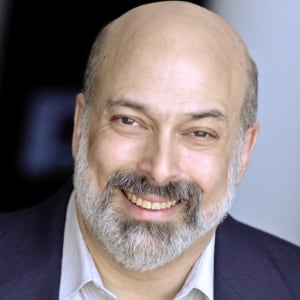 Proper use of biometrics increases security, too. Passwords are easy to steal; faking biometrics is much more difficult. The technology is ideal for providing role-based access controls — and a high level of trust for business users.

Here’s a detailed look at how biometrics work, how data encryption fits in and what business leaders should look for to maintain strong security while delivering the convenience users want:

Unlike passwords or PINs, biometrics aren’t saved in the network or passed around between devices and servers. Instead, biometrics protects other authentication information — usually a digital certificate or private key — and it’s this protected information that is actually used to verify the user.

In the Android OS, fingerprint biometrics are required to be stored in the Trusted Execution Environment (TEE), where the information is encrypted and kept in a separate part of the smartphone, completely inaccessible to the regular OS. It can’t even be exported. Android can ask the TEE to verify a user’s identity using biometrics, but it can’t extract the biometric information. In other words, when the user stores their biometric information, such as a fingerprint, they’re not sharing that information outside of their own smartphone or tablet; they’re just establishing a way to identify themselves to their device.

Implementing biometrics in the enterprise

Fingerprint unlocking for personal phones is just one of many use cases for biometrics. Companies can think much farther. Some password vaults, for example, can be unlocked with biometrics, simplifying the process and encouraging employees to store their passwords safely.

An even more advanced use case combines the TEE, biometrics and app-specific authentication information to allow users to log into online services with their fingerprint. The Fast Identification Online (FIDO) Alliance has developed a standard to optimize the process of converting an end user’s biometric authentication into app-friendly user authentication. Android versions 7.0 (“Nougat”) and after are certified as compatible with FIDO2.

While Android, the client, is important, it’s even more critical that FIDO Alliance’s FIDO2 protocols are supported by online services and browsers. Major vendors — including Google, Dropbox, Facebook, Paypal, Salesforce, Bitbucket and GitHub — as well as major browsers, such as Google Chrome, all support FIDO2.

Biometric technology continues to evolve, getting better and better over time. Samsung’s Galaxy S21 and Galaxy Tab S7 series, for example, include an ultrasonic fingerprint sensor. The sensor detects the ridges and valleys of the fingerprint by bouncing off ultrasonic pulses. This new style of fingerprint reader is fast, and popular with users, because it offers even speedier authentication and increased convenience.

Businesses with Bring Your Own Device (BYOD) or Choose Your Own Device (CYOD) policies should carefully evaluate biometrics on Android smartphones when choosing vendors and technologies. This will reduce the risk of introducing the kinds of security vulnerabilities that came with the initial implementations of fingerprint readers. Following standards such as FIDO’s U2F will also help lower the risk of insecure implementation.

When enabling newer biometrics, look for a clear statement from the manufacturer on how the data is stored and verified. Data should be stored in an encrypted or hashed format, eliminating the possibility of decryption, even by privileged applications.

Joel Snyder, Ph.D., is a senior IT consultant with 30 years of practice. An internationally recognized expert in the areas of security, messaging and networks, Snyder is a popular speaker and author and is known for his unbiased and comprehensive tests of security and networking products. His clients include major organizations on six continents.