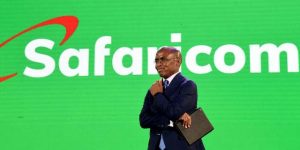 East Africa’s leading Telecoms Company along with its parent company Vodafone has been awarded one operating licence by Ethiopia’s telecommunications regulator at the cost of $850 million. This was announced via a tweet by the Ethiopian Prime Minister Abiy Ahmed saying that “The Council of Ministers has unanimously made a historic decision today allowing Ethiopian Communications Authority to grant a new nationwide telecom license to the Global Partnership for Ethiopia which offered the highest licensing fee and a very solid investment case.”

The consortium – led by Safaricom – plans to invest up to $8.5 billion in infrastructure as well as create up to one and a half million jobs.

Ahmed adds, “With over $8 billion total investment, this will be the single largest FDI into Ethiopia to date. Our desire to take Ethiopia fully digital is on track. I would like to thank all that have taken part in this and for pulling off a very transparent and effective process.”

At this stage, there is still one more telco license up for grabs. Balcha Reba, director-general of the Ethiopian Communications Authority, says they plan to open a bid for this license soon and Africa’s largest telecoms company MTN is expected to bid on the remaining license.

MTN Group initially bid $600 million on the first available operating licence, an amount far below what was paid by Safaricom. However, this does not mean the telco is out of the running just yet.

Finance ministry adviser Brook Taye says “we always wanted quality providers and this is what we have received,” adds Taye. “These are two African giants — the Safaricom and MTN — either one or two of the operators will get a licence in Ethiopia.