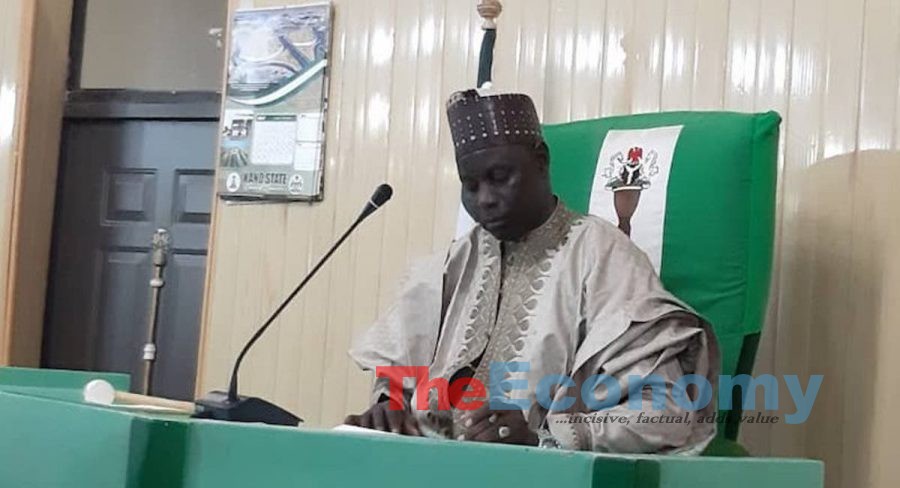 The Speaker of Kano State House of Assembly, Abdulaziz Gafasa, and two other principal officers of the legislative body have resigned from their positions.
Mr Gafasa conveyed his decision through a letter to the Clerk of the House, dated December 14.
The letter reads in part: “I, Rt. Hon. Abdulaziz Garba Gafasa write to notify you, honourable members of general public that I have resigned from the position of the speaker of the house on the above date for my own personal reasons.
“Lastly, I thank all the Hon. Members for the support given to me during my days as the speaker of the house, and pray Allah Subhanahu wata’ala will guide a new leadership.
“Yours Abdulaziz G. Gafasa.”
The speaker did not state the reason for his resignation in the letter. He, however, thanked his colleagues in the 40-member assembly for their support and prayed to God to guide the new leadership.
An official of the Assembly, who asked not to be named because he was not authorised to speak to journalists, confirmed the resignation of Mr Gafasa and the two other principal officers to PREMIUM TIMES on Tuesday.
The officers who also resigned, according to the source, are the majority leader, Kabiru Dashi, and his deputy, Tasiu Zabainawa.
A Kano lawmaker also conformed the resignations saying the assembly will meet today to discuss the matter.
Efforts to reach the affected officials were not successful as they did not respond to calls and messages sent to them.
Although no reason was given for the resignation, it is believed to be related to recent primaries of the ruling party in the state.
The recent primaries of the ruling All Progressive Congress (APC) for the forthcoming local government elections in Kano caused disaffection among party leaders after some members accused the state government and the party leadership of perpetrating injustice in the exercise.
The member representing Kano Municipal in the House of Representatives, Sha’aban Sharada, had alleged that the party’s leadership in Kano Municipal Local Government Area replaced delegates loyal to him prior to the primaries.