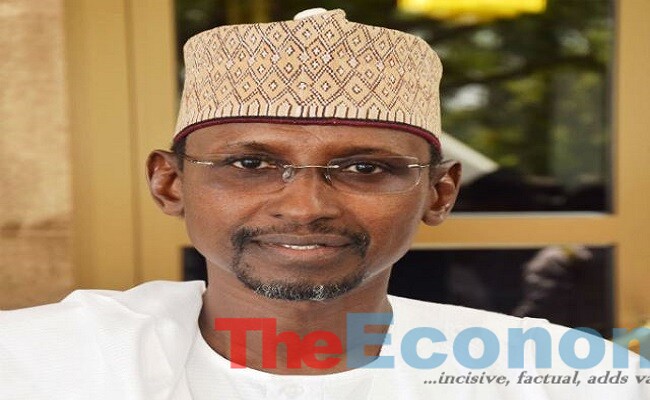 The Universal Basic Education Commission (UBEC) has commended the FCT Administration for its efforts in the development of basic education in the Territory.

This commendation was made by the Executive Secretary of UBEC, Dr Hamid Bobboyi when he led a delegation of top management staff of the Commission on a courtesy visit to the FCTA.

The UBEC Chairman who was received by the FCT Minister, Malam Muhammad Musa Bello in his office, congratulated the FCT Minister for achievements in the basic education sector

In the words of Dr Boboyyi: “We want to extend our congratulation to you for superintending over a basic education sector that is performing very well here in the FCT. We have been visiting some of the schools, we have been looking at a lot of issues that take place within the FCT because the Commission itself is located within the FCT and its staff are also of course within the city”.

He continued: “Others have unqualified ratios that are very appalling. In primary schools, again, FCT qualified teachers are much higher, well above 86 percent, while at junior secondary school, you have up to about 88 percent to almost 90 percent. So, it’s a trend that we encourage for the simple fact that without qualified teachers, it’s very difficult to establish a qualitative educational system in the country.

He also commended the FCT Administration for accessing its UBEC funds up to 2019 saying that many other states were still struggling adding that the FCTA has utilized the resources judiciously with the provision of infrastructure.

In his response, the FCT Minister thanked Dr Bobboyi for the commendation and said the development of education remains a priority for the FCT Administration.

Speaking on the establishment of the Digital Resource Center, Malam Bello pledged the support of the FCTA saying that it would be very difficult for agencies such as UBEC to function efficiently without leveraging on technology.