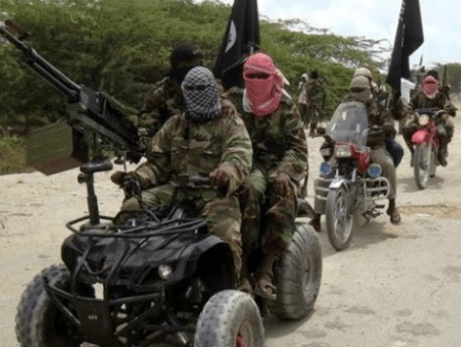 The authorities in the United Arab Emirates (UAE) on Monday named six Nigerians with ties to insurgent group Boko Haram as terrorist financiers.

The UAE Cabinet on Monday issued Resolution No 83 of 2021, designating 38 individuals and 15 entities on its approved list of persons and organisations supporting Boko Haram and other terrorist cause.

UAE news agency reported that the resolution underscored the country’s commitment to target and dismantle networks that finance terrorism and its related activities.

The resolution demands that regulatory authorities monitor and identify any individuals or entities affiliated with or associated with any financial, commercial or technical relationship and take the necessary measures according to the laws in force in the country in less than 24 hours.

The court found them guilty of setting up a Boko Haram cell in the UAE to raise funds and material assistance for the insurgents in Nigeria.

In December 2019, a UAE federal supreme court also turned down an appeal by the six Nigerians, upholding the ruling of the appeal court.

Boko Haram insurgency has killed over around 40,000 people with two million displaced, according to an AFP report.

A former assistant director of the Department of State Services, Nigeria’s secret police, Dennis Amachree, asserted that the U.S. had been positively disposed to supporting Nigeria, especially in the fight against terrorism, noting that the question was whether the Federal Government would embrace the current gesture.

“Are we ready to arrest and prosecute these sponsors when exposed? Are we simply going to lock them away as has been done in the past? These are the concerns and the Americans may lose interest if we don’t take it seriously,” Amachree said in a report.

Amachree’s assertion aligned with the claim of former Nigerian Navy Commodore Kunle Olawunmi who said the government knows the sponsors of Boko Haram.

Olawunmi said he had interrogated and found a high-ranking member of Buhari’s government culpable of involvement with Boko Haram in 2007/2008.

The former Navy commodore stated that the Nigerian government was not ready to fight insurgency because it had failed to prosecute the arrested 400 persons suspected to be sponsors of Boko Haram.