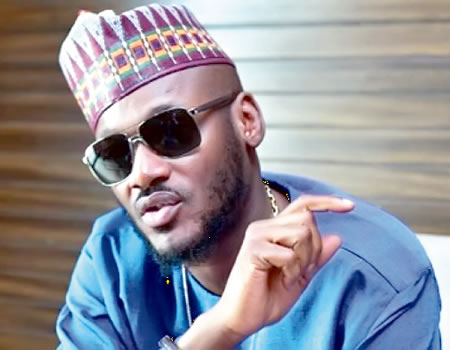 Multiple award winning artiste and celebrated Nigerian singer, Tuface Idiba, has urged his fans to respect his family’s privacy amid an allegation of infidelity from popular Nigerian actress, Annie Idibia. The musician broke his silence barely five days after Annie claimed that Tuface’s family never found her worthy of him despite all her efforts.

The superstar has been silent since last week when his wife took to Instagram to accuse him of messing around with Pero Adeniyi, his first baby mama.

However, shortly after leaked audio where Annie Idibia threatened to “scatter everything” became viral on social media, Tuface posted that “the madness” should stop.

Annie was said to be reacting to reports that the singer packed all his belongings without her knowledge in the audio.

The ‘African Queen’ singer posted, “I admit that bringing our personal issues on social media was not cool but I will not sit back and watch everyone have a free for all battle here in the name of love or solidarity.

“None of us is perfect. I would like to urge our families and supporters to stop the madness and the public to please respect our privacy and our kids. Let us deal with our issues internally. I take God beg una.”

She said, “I’m a patient woman, I am not an innocent fool! Your family never loved me from the beginning, no matter how hard I tried. I was never worthy to them. I have made so many sacrifices for you and all your children. God knows I have tried.”

Annie further claimed that the singer spent nights under the same roof with one of his baby mamas after taking his kids to Disney Land.

Kizz Daniel’s ‘Buga’ Is The Most Googled Song In Nigeria