The National Drug Law Enforcement Agency (NDLEA) operatives have raided shops and hideouts in Kano, Kaduna, Benue and Akwa Ibom states seizing no less than 88,734 doses of Tramadol, Pentazocine, Diazepam and Swinol. In Kano, Aliyu Usman was arrested in the Railway area of the state capital with 47,000 capsules of Tramadol and 2,000 ampules of pentazocine injection on 19th April while Saminu Usman, 28, was nabbed with 24,710 Tramadol tablets at Gadar Tamburawa area of Kano two days earlier. 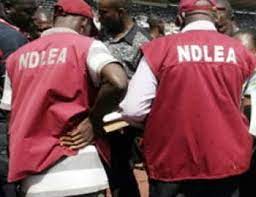 In Benue, another dealer, Emeka Eze was arrested at an NDLEA checkpoint at Adikpo, Kwande Local Government Area of the state with 10,000 Tramadol capsules and 900 tablets of swinol, while in Kaduna state, the duo of Raphael Daniel and David Musa were arrested at Mando park, Kaduna with 1kg of Cocaine on Thursday 21st April.

A week after Muhammad Sani Ibrahim sent 12.1kg of cannabis from Lagos to Kaduna, operatives were able to trace and arrest him last Thursday and brought him to Kaduna after his consignment was intercepted. Another dealer, Kamilu Ibrahim was also arrested the same day at Kargi village in Kubau LGA, Kaduna State with 10.6kg Cannabis Sativa, while Bashir Ibrahim was arrested on Friday after his four consignments containing Cannabis Sativa weighing 44.6kg were intercepted three days earlier along Abuja-Kaduna express road.