The Resurrection of the Controversial Water Resources Bill 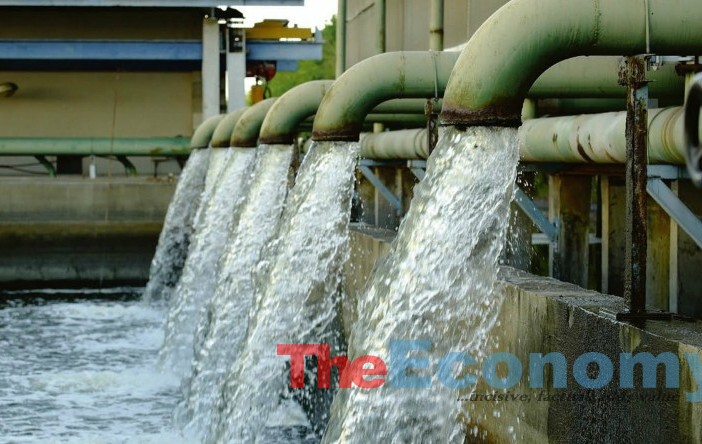 Igbo people say that a man who was bitten by a snake gets unnerved by the head of a Lizard. This captures the level of distrust within the polity such that every piece of legislation puts the people on edge pitting them into two very strong divisive camps of those for, and those against. While the country is still reeling from the controversies generated by the Companies and Allied Matters Act (CAMA) law, another equally controversial bill which many thought died a natural death two years ago has reared its head; the National Water Resources Bill.

The Act which was prepared a year into the life of this administration in 2016 according to the government, is to ensure that the nation’s water resources are protected, used, developed, conserved, managed and controlled in ways which take into account amongst other factors; citizens’ right of access to clean water and sanitation; meeting the basic human needs of present and future generations; promoting equitable and affordable access to water and reducing poverty; adopting hydrological boundaries as the basic units for water resources management; protecting the water environment for sustainability of the resource and protection of aquatic ecosystems, and recognizing the polluter pays principle among other reasons captured in a long list of expectations. But it literally went into a coma after a very heady session in the Senate with Senator Godswill Akpabia spearheading the assault against the Bill. Nothing was heard on it again until now when it resurrected from the dead and found its way on the floors of the House of Representatives.

This development has brought to the front burner the different faultlines existing across the country, further deepening the division threatening the corporate existence of this country. This however, has not been helped by insinuations that the reintroduction of the Bill was driven by efforts to bring through the backdoor, the failed project which objective is to create grazing areas in the 36 states of the federation for herders and their livestock. The “Water Resources” Bill, that failed to pass in the 8th Senate, has been reintroduced in the House of Representatives for onward passage to the Senate where it was killed two years ago. The promoters of the Bill said to have left no stone unturned in pushing it through. But those against it have started mobilizing once again claiming that it is an extension of the land grabbing agenda of the Fulani.

The most contentious of its 152 clauses is Section 13 which states: “In implementing the principles under subsection (2) of this section, the institutions established under this Act shall promote integrated water resources management and the coordinated management of land and water resources, surface water and ground water resources, river basins and adjacent marine and coastal environment and upstream and downstream interests.”

Section 2(1) of the Bill, says: “All surface water and ground water wherever it occurs, is a resource common to all people.” Simply put, the Bill seeks to empower the Federal Government to control all sources of water in Nigeria. The Federal Government can permit anybody or group from any part of the country and to go and possess any water resource without the consent of the local communities.

Critics say that this section evidently aims to achieve from the backdoor, what the defunct RUGA policy packaged to grab people’s lands to set up grazing reserves or cattle colonies could not achieve from the front door. With desertification, terrorism and violence ravaging parts of the North, this Bill is seen as a ploy by the Federal Government to deprive some people of their natural patrimony for the benefit of others without the voluntary consent of the resource owners.

Observers are of the view that if this Bill is allowed, herders under “federal” mandate, can take over lands adjoining the springs, streams, rivers, lakes, lagoons and coastal precincts which have served as means of livelihood for the local communities since the dawn of time. Moreso, analysts say that with this Bill, the Federal Government will be appropriating the constitutional powers of the state governors to hold land resources in trust for the people of their states, warning that this is a recipe for disaster as it negates the very principles on which a federal state is established.

It could be recalled that in 2018, when the Senate Committee on Water Resources chaired by Muhammed Ubali Shitu (from Jigawa State) presented its report on the executive bill by President Muhammadu Buhari which sought to provide a regulatory framework for the water resources sector in Nigeria; ensure that the nation’s water resources are properly protected, developed, conserved, managed and controlled; meet the basic water needs of the present and future generations; enhance citizens’ right of access to clean water and sanitation; promote public-private partnerships in the development and management of water resources infrastructure, etc.

The federal government argued that the need for the Bill was because there was not  a single comprehensive legislation dealing with water resources sector in Nigeria, with the resultant poor management of this important sector. This gap made the Federal Executive Council to, in 2016, approve the draft Water Resources Bill and two policies—National Water Policy and National Irrigation Policy.

However, the then Senate President, Dr Bukola Saraki said he needed clarification on Section 87 that talks about 2 per cent ecological fund. “Can we put that in the bill mandating the 2 per cent ecological funds when there are already clear guidelines on how ecological funds should be applied?” Saraki asked. It was Senator Ahmad Ibrahim Lawan, (current Senate President who was at that time Senate Majority Leader), who replied: “It has often been a very difficult and dicey situation when you have to take money from the ecological fund because what this means is that we have to amend the Act itself otherwise, they cannot afford to give money. That is the implication.” This prompted Saraki to prod further: “So how are we to be guided by that?”

Senator Barnabas Gemade interjected by saying that “when laws are made and we realize that the importance of such law is superior to existing laws, we do by compelling reasons amend others laws to suit it. This water bill is so important to this nation that we need to do whatever is possible to ensure it functions.”

The Bill however had 152 clauses which caused many to raise eyebrows, for example, there was issue with the definition of ‘River Banks”. This made Senator Yahaya Abdullahi from Kebbi State say that “because it is a very serious thing otherwise, a lot of conflicts is going to arise. You take the Niger River for example; that traverses several states, and then we will say the bank. What do you mean by the bank? You have to be very clear about where the bank extends, from the centre of the river to either side of the river system?”

Abdullahi said further that the senate might consider the system normally adopted in the Road Sector, where 50 metres from the centre of the road is the determined area where the governmental authority and responsibility rests. “River banks are even much more contentious than roads, because of agriculture, fishing and several other activities that take place there. So, 50 meters under these circumstances may be too much, but we have to be able to define exactly where the authority of the government lies, otherwise I have no objection to the bill.”

This comment, according to Gemade, who responded on behalf of the committee, was well taken, “but I would like to point out here very clearly that when you come to road infrastructure, you have definite measurement. Rivers do not have definite measurements, so you cannot define banks by the way of measurement from centreline.” Besides, Gemade further argued, the riverside can change even in the cause of one year.

It was Senator Godswill Akpabio who then was Minority Leader and of the People’s Democratic Party (PDP) warned that “first, we have a lot of decisions on this, that the river banks are natural elongation of the surface of the land, and then of course the last government that had to deal with the issue of even the offshore oil said it should be allowed up to 200 nautical miles. There is already a statutory position to that also which was reconciled by the Supreme Court. Then most communities in Nigeria that have rivers, sometimes those rivers dry up, so when we start making laws to recover some of those places, when they dry up, they become residential quarters and all that, and then it will cause a lot of confusion here.”

Akpabio had other examples to cite: “The Cross river for instance takes its roots from the Cameroon mountains before crossing River State and then enters into Akwa Ibom State. And from Akwa Ibom it goes into Abia State. In some areas, it becomes a very small river while in other areas, it is quite large. If you can deny our people just mere small water in their area because that water touches the next village which is another state, we are over legislating.”

If we are talking about internal rivers in Nigeria and they must now be owned by the federal government, we are over-legislating. We are supposed to remove a lot of things from the Exclusive List and devote powers to states and yet we are now denying the states and the communities on even the use of common water. We must take a second look at the bill but I am not against it.”

However, the battle was already lost. Senator Bareehu Olugbenga Ashafa representing Lagos State said that he was going to support Akpabio’s line of argument “for the first time and the reason is not too farfetched.” In Lagos right now, according to Ashafa, “we are in court with NIWA (Nigeria Inland Waterways Authority) based on our waterways. Those are creeks that should be left to the state government to control, but what you find is that NIWA has extended its federal might in controlling the navigation and all other things. There will be need for us to identify the rivers that belong to the federal government as well as the states if we want to avoid any problem.”

All these arguments killed the Bill in 2018. That it has been resurrected and found its way into the chambers of the House of Representatives is a development many described as troubling, and capable of threatening the corporate existence of the country.