The Politics of Religion and Ethnicity tear NBA Conference Apart 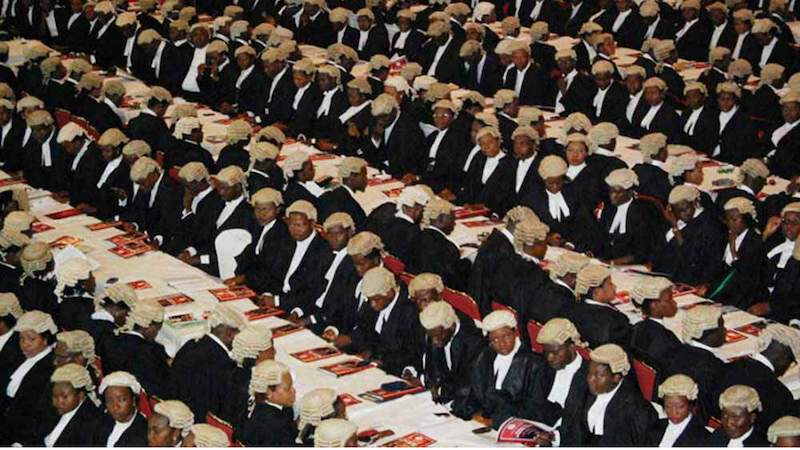 The Nigerian Bar Association’s Annual Conference 2020, which started on Wednesday, August 26, and ended Saturday 29, has largely, though inadvertently revived the unhealthy trend of religious and ethnic rivalry in Nigeria.

Eleven days ago, an invitation previously extended to Mallam El Rufai, the Kaduna State Governor, as guest speaker  in the conference was withdrawn by the National Executive Council(NEC) of NBA. More than 3000 members of the legal body had signed a joint petition against the participation of El Rufai in the conference. Their reasons were based on the governor’s alleged offenses such as incessant disobedience to court orders, insecurity in the state and gross abuse of the rule of law. To the petitioners, El Rufai’s address at the conference would make no meaning when his administrative style and activities since he became governor obviously stand against the ethics and principles of NBA.

But unfortunately, this has sparked off antagonistic reactions and hate speeches along religious and ethnic lines, instead of focusing on the real issues of bad governance and  insecurity which bedevil the nation’s development. Initially, lawyers from Kaduna and a few other adjoining Northern states, threatened to boycott the conference if similar invitations to former President Olusegun Obasanjo and Governor Nyesom Wike, equally notorious as transgressors of the rule of law, were not withdrawn. In other words, they did not find fault in the petition against El Rufai. Rather, they were against the double standard position of the NBA. To them, the ‘punishment’ meted to El Rufai should be extended to other culpable invitees from the South also.

But in particular,  the petitioners have maintained that Kaduna has a record of 493 persons killed between January and June, 2020. This was more than the reported deaths by Boko Haram insurgents in the Northeastern states of Borno (290), Adamawa(37) and Yobe (5),  within the same period.

The highpoint of the matter was that some lawyers of Northern extraction, led by Nuhu Ibrahim and Abdulbasit Suleiman last Friday announced the formation of a parallel NBA in Kaduna, apparently to protect their sectional interest. This decision was a fallout of the controversies surrounding the exclusion of El Rufai from the conference. It’s a condemnable development coming from a revered organization whose tenets are aimed at galvanizing the nation’s divergent interests and structures into a corporate unity. The body of ‘learned friends’ also seemed to forget  that in a similar case, Professor Maurice Iwu, former Independent National Electoral Commission boss, was as well excluded from 2008 NBA Conference because of his alleged poor handling of the country’s 2007 elections.

There was also a recent agitation by Muslim Rights Concerns, over the released West African Examination Council time table, which they claimed clashed with the Muslim Friday prayers. The major problem Nigeria has today is that the so-called ‘learned and highly educated people’ are taking advantage of their positions of authority to mislead the gullible masses into interethnic/religious conflicts. The grassroots people were more united and cohesive than they are now. Nigerians must unite to speak against our corrupt and anti-development leaders, rather than  magnify our ethnic and religious differences.