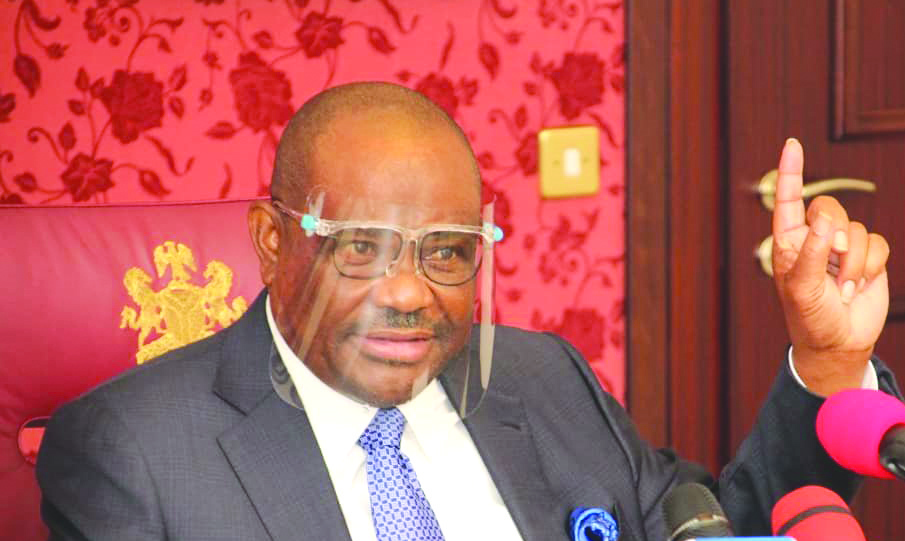 Speaking for the first time  since the NDDC imbroglio, Rivers State Governor Nyesom Wike, has described Niger Delta Development Commission as nothing but a cash cow for politicians. As far as he is concerned, it is either the commission’s board has also compromised or does not function. And for the Commission to live up to it’s mandate of developing the  region, technocrats and not politicians, should be appointed to head and manage it.

Volunteering his opinion further, the ‘action governor’ lamented over the depth of corruption in the system when he specifically alleged that NDDC had doled out the sum of N10 billion to stop his reelection in 2019. He stressed the need to extend the ongoing probe of the Interim Management Committee(IMC), to also cover preceding managements of the commission. And a situation where NDDC would embark on development projects without consulting or working together with regional governors, whether they are in the ruling party or not, has led to numerous  projects unexecuted, vandalised or wrongly certified.
As if upholding Wike’s position, an independent advocacy group, Citizens Quest for Truth Initiative, has passed a vote of no confidence on the National Assembly Probe Committee of the NDDC corruption scandal, as a waste of time. The group argues that the panelists who are privy, or whose hands are already soiled, cannot produce anything meaningful and useful for NNDC transformation, and/or regional development. According to Chief Obiaruko Ndukwe, president of the group, you cannot blame a five month old IMC for the over two decades of financial malfeasance in the commission. The probe, they argue, should reflect a minimum of 20 years of NDDC budgets and projects, for fair a and thorough job.