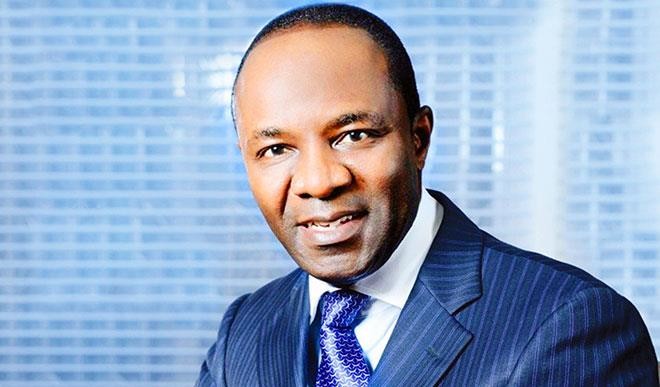 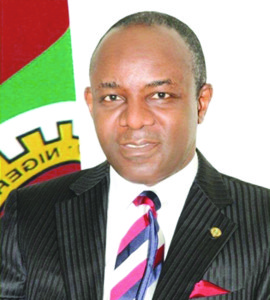 The Presidency is seeking for truce with the rampaging Niger Delta militants as the recent attacks on oil and gas facilities have further crippled the country’s power generation and oil production. Although the Federal Government initially vowed to use military force to crush any acts of economic sabotage in the oil-rich region, it was later forced to make a volte-face following series of successful attacks on oil installations amidst heavy military presence.

According to a recent report published by the Organisation of Petroleum Exporting Countries (OPEC), Nigeria’s crude oil production for May averaged 1.4 million barrels per day, about 15 per cent production shortfall from the April output. The report further reveals that the bombing of oil installations by the Niger Delta Avengers brought the country’s crude oil production down to its lowest level in more than a decade.

And the country was haemorrhaging as a result of the attacks. For instance, at $50 per barrel for 1.4 million bpd, Nigeria was recording about 800,000 bpd shortfall of the 2.2 million bpd benchmark for the 2016 budget. Such huge daily production cut results to about N11.6 billion losses and a whooping N350 billion monthly at a foreign exchange rate of N290 per $1. This staggering cost does not include the cost for repair of vandalized facilities and clean-up of polluted environment.

With such huge loss in terms of oil production shortfall and the country’s plunge into power crisis due to vandalised gas supply pipelines, the Presidency was forced to review its strategy.  Announcing the change of  strategy mid-June, the Minister of State for Petroleum Resources, Dr Ibe Kachikwu explained that the decision to de-escalate military operations in the Niger Delta was to pave way for dialogue with the militant groups and forestall further destruction of pipelines and oil facilities in the region. He disclosed that a committee has been set up for the dialogue between government and Niger Delta stakeholders, including the militants.

“We are making contacts with everybody who is involved, the ones that we can identify, through them, and the ones that we can’t identify so that there is more inclusiveness in this dialogue. Our prayer is that this works so that we resort to dialogue rather than use of force,” the minister said.

Kachikwu reportedly met with stakeholders from the riverine areas of Delta, especially the troubled Gbaramatu Kingdom and other parts of Warri South West local government area where the bombings and other related issues in the area were discussed.

The strategy appears to have quickened the momentum for peace because barely a week after the dialogue committee commenced work, an unnamed official of the petroleum ministry disclosed that ‘a one-month ceasefire’ agreement has been reached with the militants. “It was very difficult getting the Niger Delta Avengers (NDA) to the negotiating table but we eventually did through a proxy channel and achieved the truce,” the anonymous official said.

Sadly, the cheery news of brokered deal was quickly quashed by the NDA. The group in a tweeted reaction claimed it neither participated nor represented in the Asaba closed-door meeting with the Minister of Petroleum Resources and so never struck any cease-fire agreement.

The NDA had earlier on June 8, declared that it would welcome a ‘genuine’ deliberation with government if it includes reputable and independent foreign mediators.  “We want the Federal Government to commit members of states of the multinational oil corporations and independent mediators to this proposed dialogue; we believe that it is only such environment that will engender genuine dialogue aimed at setting up framework for achieving short, medium and long term demands of the Niger Delta to de-escalating this conflict and bring about lasting peace,” it said in a statement signed by its spokesperson, Mudoch Agbinibo.

Among the conditions given by the Niger Delta militants, especially the NDA, who have claimed responsibility for several attacks on the facilities, was fiscal restructuring of the country to grant greater share of Nigeria’s oil wealth to the impoverished Niger Delta region. While it was unclear, as at press time, if efforts to bring the recalcitrant group to the negotiating table have yielded desired result, there are indications that the Federal Government may find the 10-point demands of the militants too high to meet.

Key demands of the militants include addressing the country’s resource control saga, oil bloc ownership to reflect 60 percent for oil bearing communities and 40 percent for non-oil producing parts of the country. Incidentally, demand for restructuring of the country to devolve political powers and control of economic resources to the states has intensified at the moment and Niger Delta militants have joined in the agitation.

The challenge remains Federal Government’s refusal to shift ground on the issue which will see it lose its enormous powers and command of nation’s wealth. Already, the ruling All Progressives Congress (APC) has declared that restructuring of the country is not a priority of the government at the moment. “To bring this additional issue (restructuring) is not the wisest thing for a nation that is struggling to stabilize,” John Odigie-Oyegun, APC national chairman said.

Among other issues now at the table before the government is the need to come up with a new package that would not only entice the militants and other stakeholders but address the socio-economic development challenges in the region. Although the immediate past administration of Goodluck Jonathan had been widely criticized for not effectively implementing the amnesty programme and alleviating the poverty and underdevelopment in the oil-rich region, the Buhari administration must move swiftly to nip in the bud the renewed militancy.

Those following the events in Niger Delta closely have hinted that any option government picks in its quest to restore normalcy in the region may not be easy. “With so much resources already lost due to oil production shortfalls, repairs of vandalized facilities and oil selling below $50 per barrel, it is obvious that the Federal Government can hardly afford another money-guzzling amnesty programme; especially now that it is struggling to meet its 2016 budget revenue target,” Prisca Udeh, an energy analyst said.

There are fears that unless the militants are assuaged, their continued bombing of oil installation would not augur well for the nation’s economy. The shadowy groups that sprang up lately in the region, prominent among them, the Niger Delta Avengers (NDA), the Niger Delta Liberation Force (NDLF) have not only vowed to reduce the nation’s oil production to zero but threatened to take the war to the doorsteps of the government. n