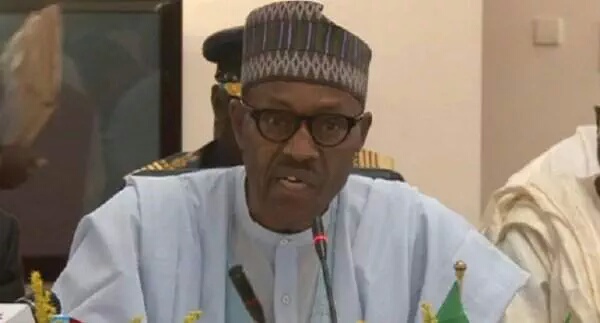 Nigerian elites have been accused of frustrating the efforts of President Muhammadu Buhari to return the country to the path of honour in order to sustain their plundering lifestyle.

The allegation was made in Lagos Thursday at a media event by Olisa Agbakoba, a senior advocate of Nigeria and a former national president of the Nigerian Bar Association (NBA).

Addressing journalists on ‘the State of the Nation: Overview and Way Forward,’ Agbakoba said apart from the late Obafemi Awolowo, whose economic programmes as premier of the Western Region favoured the poor, the Buhari administration was the only government that had the down-trodden at heart.

In an explicit endorsement of the Buhari and APC change agenda, which he said were “represented by the ideological shift in creation of structures for Social Benefits and inclusive political architecture,” Agbakoba said: “Whereas past governments had focused on the rich, this is the first time apart from Chief Awolowo that I see a government that is based on ideology. From every indication, it is a deviation from the past where government policies favoured the rich. Buhari’s government is targeting at delivering the benefit at the bottom.

“The war on corruption, even though not yet very clear in my view, is perhaps the most far-reaching serious attempt to tackle those who have stolen our money. And when this type of war is being fought, you don’t expect to see those who want the old order to subsist to applaud it. Don’t forget, the elite is fighting for power, money and anything they can get. That is why I say there is a conspiracy of the elite. These conspirators you will find in the APC and PDP.”

To win the war, the human rights advocate and maritime lawyer noted that there was an urgent need for Buhari to confront the elite.

“Historically, the Nigerian elite have never been confronted. You need to do so, by entering into an alliance with Civil Society and the Nigerian people. There is, also an urgent need to develop strategic communication policies. Government must avoid communication lethargy in 2016. People need to be carried along to inspire hope, followership, confidence and patience. I suggest that government create an Office for Strategic Communication to link government with the people. There is no need to have two press secretaries. One may be assigned to the Office of Strategic Communication,” he said.

According to the legal practitioner, “On political governance, I suggest that you build a grand alliance of pro-people institutions, like CSOs and labour unions.

“I also suggest that you set up a small technical committee on National Order. The first and urgent task of this Committee is to work on a Bill for An Act of the Union of Peoples and Nationalities of Nigeria. The Bill must resolve the Nigerian fault lines and contradictions. We may consider adopting a new name the ‘Union of Nigeria.”