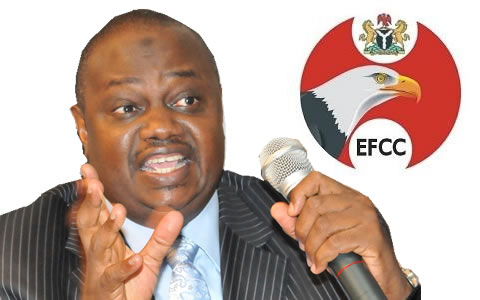 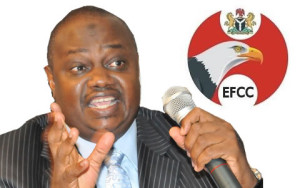 The Economic and Financial Crimes Commission (EFCC) says it would recover all public funds stolen in the guise of arms procurement in Nigeria.

The Acting EFCC Chairman, Mr Ibrahim Magu disclosed on Wednesday that the commission was making progress in its investigation into the messy arms purchase deals, promising to ensure that all culprits are brought to justice.

‘‘Corruption is like a chain whose effect impacts various aspects of the society, undermines democracy and the rule of law, distorts markets, erodes quality of life, leads to human rights violations and fans the embers of terrorism and other threats to human security,’’ Magu told participants at the commemoration of the International Anti-corruption Day in Abuja.

According to him, the EFCC has resolved to break the corruption chain in a fair, accountable and transparent manner, with about  1,881 cases already investigated this year alone.

“Out of this figure, 280 cases were filed in courts and 78 convictions were secured. In this period also, eight interim and two final forfeiture orders were handed down by various courts on applications brought by the Commission,” he said.

The EFCC boss who disclosed that machinery to sanitize the commission was already in place, thanked President Muhammadu Buhari for creating an enabling environment for the Commission to carry out its mandate and undertake institutional reforms to increase its capacity to fight corruption.
‘‘Our common resolve is far stronger than the challenges we face in the fight against corruption,” Magu said.

Magu urged civil society organizations and other partners to join hands with the Commission in the anti-corruption fight. “I call on you to embrace the EFCC’s public enlightenment campaigns, the activities of our Zero Tolerance Clubs in tertiary institutions and our inter-faith initiatives because in this effort to break the corruption chain, no man is an island and only when we work together can we make a difference,’’ he said.