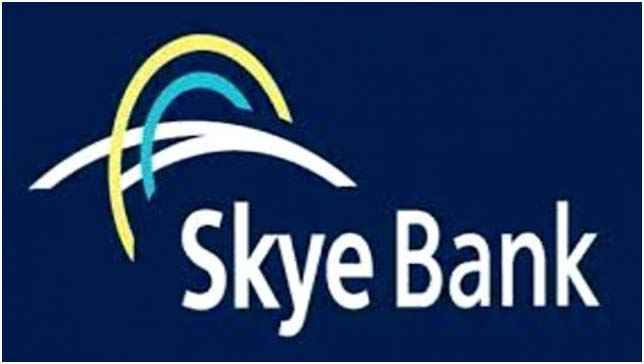 Skye Bank has confirmed that it has been slammed with a fine of N4 billion by the Central Bank of Nigeria (CBN) over non-compliance with the Treasury Single Account (TSA) directives issued by the Federal Government.

In a circular from CBN, addressed to the Chairman, Board of Directors of Skye Bank, a fine of N4,005,228,976.35, which it said represents 10 percent of the unremitted  funds belonging to Federal Government MDAs was placed on the bank and the amount would be debited from Skye Bank’s current account with CBN.

Skye Bank in a notice to the Nigerian Stock Exchange confirmed that it was fined for failing to render appropriate returns on some public sector funds as required by the CBN an issue which it called a mix-up that did not at any time conceal any information from the CBN as adjudged.

The note to the Nigerian Stock Exchange explained that: “The sum of N40 billion for which the bank was penalized consists of various NNPC account balances, NNPC Pension Funds Accounts, and National Assembly Legislative Aides account balances.

“That on October 7, 2015, the bank rendered returns on all remitted and unremitted amounts to the CBN, including the balances in the above accounts.

“On October 9, 2015, the bank received a communication from the NNPC forwarding a letter from the Accountant General of the Federation on the treatment of NNPC funds. By the communication, the bank was advised that an 18 business day window had been granted by the Vice President within which a plan for the orderly withdrawal of the NNPC funds would be implemented.

“In rendering the returns requested by the CBN via its directive of October 14, 2015, the bank relied on the letter from the Office of the Accountant General of the Federation as advised by the NNPC, and backed out the NNPC monies from those that were required for the immediate implementation of the TSA arrangement.

“The bank, however, continued to render daily returns of all MDA moneys in its custody to the CBN, including those whose status under the TSA was not yet clear. We continue to render all due returns daily.

“The foregoing shows that the Bank did not at any time conceal information from the CBN in relation to the amounts in question.”

The note which was signed by the Company Secretary; Abimbola Izu and its Group Managing Director/ CEO; Timothy Oguntayo further stated that “It is also important to note that a significant portion of the moneys for which the penalty was applied are NNPC Pension Funds and National Assembly Legislative Aides account balances. These organs have since been confirmed by the CBN that they are not Federal Government agencies and amounts erroneously transferred to the CBN on them by some banks have been refunded.”

The bank further said, engagement with the CBN had commenced to seek review of the penalty imposed.