Shocking: All Social Media Platforms, Others Must Be Registered in Nigeria — Lai Mohammed 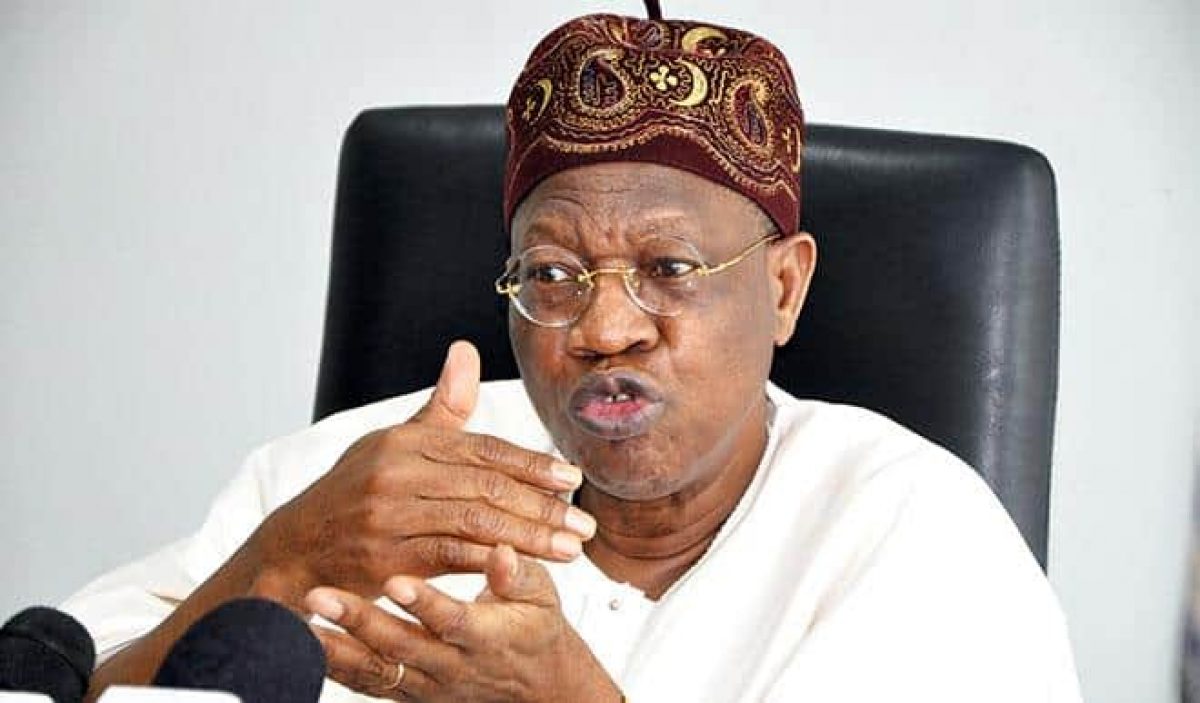 The Federal Government has said all social media platforms – Twitter, Facebook, and others must register in the country. According to the Minister of Information and Culture, Lai Mohammed, this is part of the move to regulate the social media platforms.
Mr Mohammed said this on Wednesday in Abuja while briefing journalists after the weekly Federal Executive Council meeting.
“What we are saying is that all platforms,  must register in Nigeria. You must be a corporate entity before you can do business in Nigeria.
“Whether it is Netflix, Iroko, or Facebook, they are all doing business in Nigeria, making money and they are not paying taxes. This is in addition to being able to regulate them. They are making billions of naira out of this country and they are not paying tax. That can’t be allowed to go on,” the Minister said.
He also listed the conditions for the platforms to be registered.
“They must be licensed and they will have to refrain from using the platform for activities that are inimical to the growth of Nigeria.”
– Twitter Ban And Public Outcry –
The Federal Government’s announcement banning Twitter operations in the country has been met with various reactions and fear that the country is slipping into repression.
The decision on Friday, days after Twitter deleted a remark from President Muhammadu Buhari, has already provoked an international outcry over freedom of expression and calls for protests online and on the street.
More than 120 million Nigerians have access to the internet, and nearly 40 million of them have  Twitter accounts — 20 percent of the population, according to Lagos-based researcher NOI Polls.
Studies also show that more than other social media platforms, Nigerians “use Twitter to give voice to the voiceless and engage government on issues that they feel are going wrong in the country in real-time”, according to NOI Polls.
Nigeria’s government said the Twitter suspension was needed because the platform had been used for activities that could destabilise the country.
With its suspension, Nigeria joins countries like China, Turkey, and Myanmar that have all moved to restrict access at some time to Twitter and other Western social media. Nigeria’s government has said it is in talks with Twitter over the suspension.
The decision got a nod of support on Tuesday from former US President Donald Trump, who himself is banned from Twitter and Facebook.
“More countries should ban Twitter and Facebook for not allowing free and open speech,” Trump’s statement said.