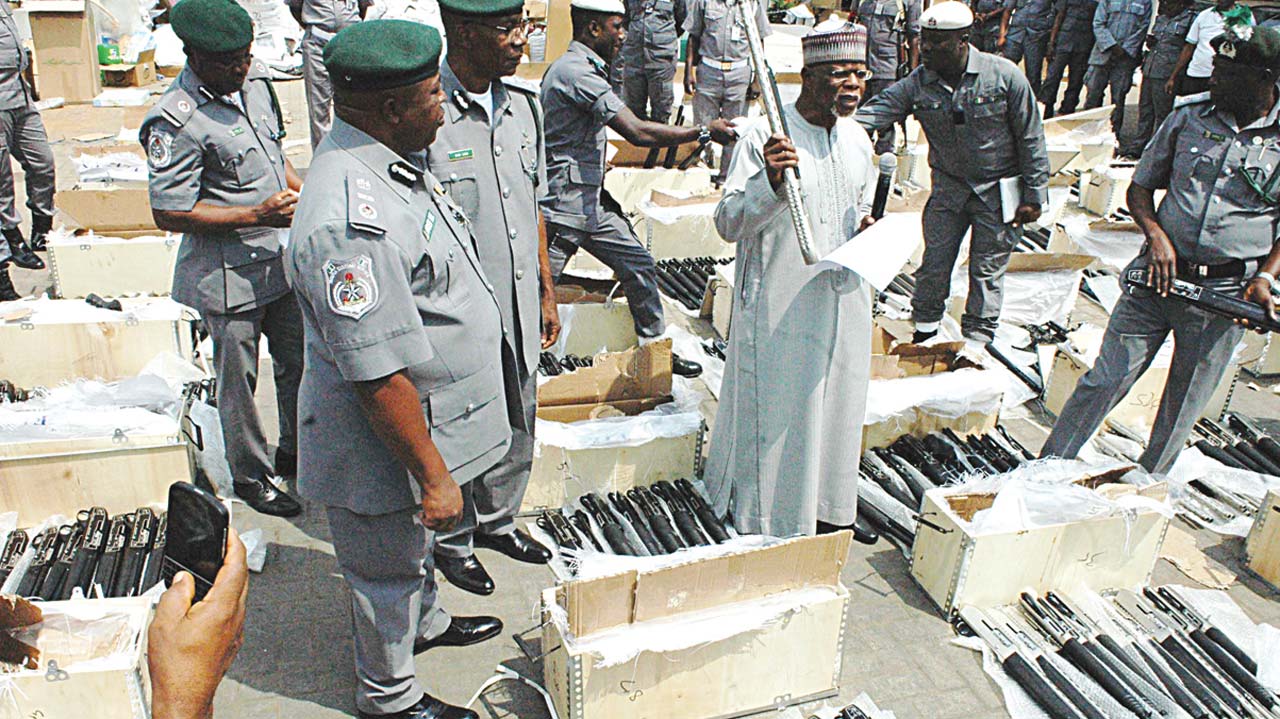 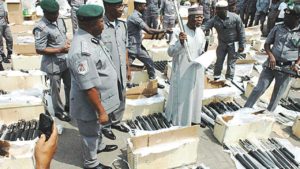 Two officers of the Nigeria Customs Service (NCS) who were declared wanted for their role in the clearance of a container used to import riffles into the country have surrendered to the NCS. The officers are Abdullahi I, with service number 44483 ASC, and Odiba Haruna Inah, with service number 133386 ACIC. They submitted themselves to the Federal Operations Unit (FOU) in Ikeja. They are now in custody with other officers suspected to be involved in the clearance of 661 pump action riffles.

Their arrest followed the directive of Col. Hameed Ibrahim Ali (Rtd), Comptroller General of Nigeria Customs Service (NCS), for an in depth investigation into the importation and clearing of the seized “661 pieces of pump action riffles” into the country. “I have directed that the drag net should be wide enough to fish out all persons involved in the importation and clearing of the consignment,” Ali said.

Ali declared at a press briefing on the recent development on January 30, 2017, that the NCS “anti-smuggling operations of the FOU Zone A intercepted a Mack truck with registration number BDG 265 XG conveying a 40ft  Container with Number: PONU/825914/3 along Mile 2, Apapa Road, Lagos, on Sunday, January 22, 2017.”

The truck, according to Ali, was immediately taken to the premises of FOU Zone A, Ikeja, where a physical examination revealed 49 boxes containing a total number of 661 pieces of pump action riffles concealed with steel doors and other merchandise goods. “These riffles are under absolute prohibition. Therefore, its importation is illegal. Such deadly contravention of the law is even more unacceptable considering the fragile security situation in some parts of the country,” Ali said.

Already three suspects have been arrested in connection with the illegal importation. The suspects are Mr Oscan Okafor, importer, Mr Mahmud Hassan, clearing agent, and Mr Sadique Mustapha, who was accompanying the container to its destination.

Ali said that the recent seizure attested to the determination of the NCS “to enforce all laws relating to importation and exportation of goods into and out of Nigeria thereby contributing to the economy, security and wellbeing of the country.”