As part of efforts to promote the safety of schools, the need for security to be beefed up has once again come to the fore especially with security personnel attached to Mind Builders School, Omole Phase 1 annex foiling an attempt by two unknown men to kidnap a children while being dropped off by their mother. 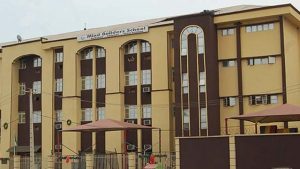 In a statement by the Education Director, Mrs. Bolajoko Falore, the school noted that the security and members of staff helped to foil the attempt and arrest one of the kidnappers.

It reads: “Thanks to the vigilance of the security men and staff that made it impossible. One of the kidnappers, who confessed that they have been kidnapping many children in Lagos State for some time, was arrested and handed over to the Police at Ojodu Police station for a thorough investigation.”

The school added that the incident happened at about 8.30 am on Monday. “Only one of the kidnappers was caught. The other escaped. They did not come with a car. It is their intention to kidnap the child along with the car. We want to assure all our esteemed parents and the members of the public that we are committed more than ever to the safety of the pupils and students in our care. The incident is a testimony to the fact that we place a premium on the security of our learners in all the branches of Mind Builders School. We shall continue to do this by relying on God and our highly vigilant and tight security system and personnel that has not failed us in the 24 years of the existence of the school,” the school said.

Nigeria Has 18.5 Million Out of School Children – UNICEF