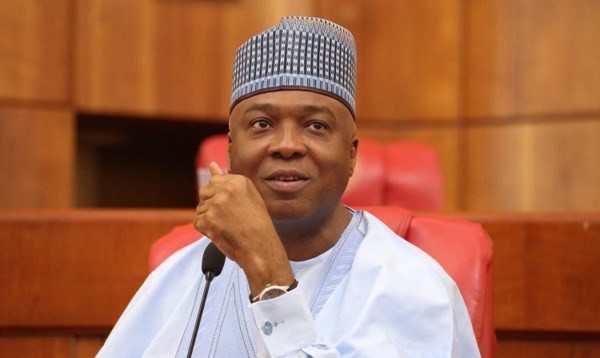 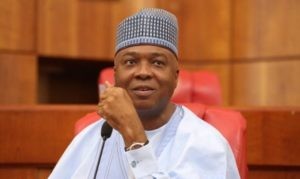 THE All Progressives Congress has again lashed out at the President of the Senate, Bukola Saraki, saying his presidential aspiration is a huge joke.

The acting National Publicity Secretary of the party, Yekini Nabena, said this in a statement in Abuja, on Wednesday.

The party said although it was the right of every Nigerian citizen to aspire to be President of the country, it was concerned about issues of integrity, competence and capability to preside over the affairs of the country.

The APC said it was not unaware of reports that Saraki’s presidential declaration was part of a gimmick to divert attention from issues such as the pressure to reconvene the National Assembly.

The statement noted that Saraki’s two-term tenure as governor of Kwara State was evidence enough to show the stuff he was made of.

It read in part, “By virtue of Saraki’s antecedents, he is an abysmal failure and is totally incompetent to offer himself as a candidate for the leadership of Nigeria.

“Saraki was a two-term Governor of Kwara State and Senate President in the last three years. What were his performance records in these two assignments? As Kwara State Governor, was his Shonga Agricultural Programme not a white elephant project in which hundreds of millions of state funds was sunk into?

“The infrastructure, particularly roads network in Kwara State in which the present administration remains under his tight grip and political machinations long after leaving office, remains deplorable while state resources is mismanaged through corrupt enrichment.”

But reacting, Saraki berated the APC and its National Publicity Secretary for commenting on his presidential race on the platform of the Peoples Democratic Party.

Saraki, in a statement issued on Wednesday by his Special Adviser on Media and Publicity, Mr Yusuph Olaniyonu, stated that he did not have a credibility problem as alleged by the APC’s spokesman.

The statement read, “The Senate President will not be distracted by the antics of an upstart who lives in Abuja but waits to sign press statements composed for him from Lagos. When his masters show their face, we will debate all the issues they have raised and the ones they may wish to even concoct.”