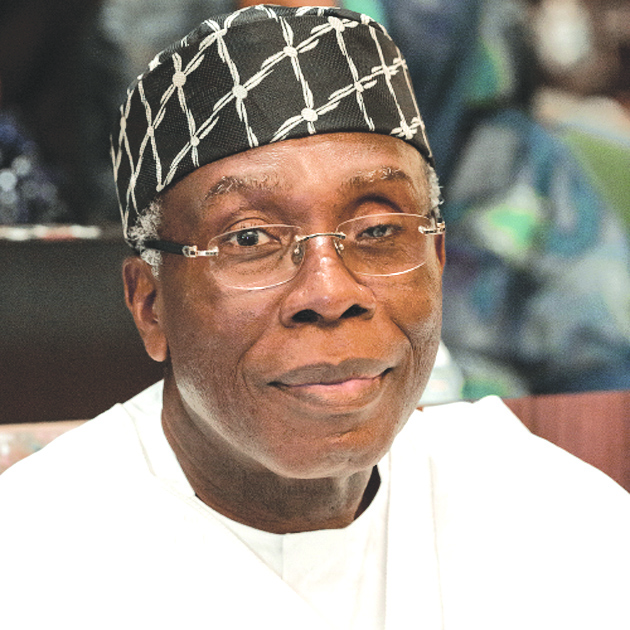 The much awaited roadmap that will restore Nigeria’s agriculture to its glorious past as the live wire of the economy was launched by the Federal Government on July 20, this year. The new agriculture roadmap, which was designed by the Ministry of Agriculture and Rural Development, is called “The Green Alternative.” Its twin goals are to enable the country attain self-sufficiency in food production and earn foreign revenue through export of food produce. The roadmap is expected to achieve these objectives within three years.

Audu Ogbeh, Minister of Agriculture and Rural Development, said that the Green Alternative would, among other things, increase agriculture’s share of the Gross Domestic Product (GDP) to 23 per cent, share of labour force to 70 per cent, as well as increase agricultural activity mix by 85 per cent in crop production, with a 15 per cent increase in livestock and other non-crops. According to Ogbeh, the Green Alternative would guide Federal Government’s policies in the sector over the next three years, with a view to making agriculture the next alternative revenue earner for government. It would also grow agriculture’s share of non-oil export earnings to 75 per cent. Other objectives it  is expected to achieve include the attainment of food security, safety and quality nutrition for the country as well as increasing agriculture’s share of the budget by 2.0 per cent.“This will reverse the trend of heavy reliance on imported rice, wheat, eggs, and other foodstuff into the country, with the resultant pressure on scarce foreign exchange,” Ogbeh said.

As part of the measure to achieve the goals of the Green Alternative, President Muhammadu Buhari had in November, last year, flagged-off the 2015/2016 dry season rice and wheat farming in Kebbi State under the Central Bank of Nigeria’s (CBN’s) Anchor Borrowers’ Programme (ABP), a financing model for small holder farmers. The programme was designed to create economic linkages between farmers and processors not only to ensure output of rice and wheat but also close the gap between production and consumption. 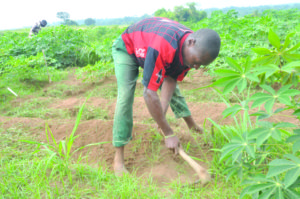 The ABP, according to President Buhari, has the potential of creating millions of jobs and reducing poverty. The project is expected to be expanded to Adamawa, Jigawa, Ebonyi, Gombe and Taraba states. “The importance of agriculture to the economy cannot be over emphasized. Economic diversification is the only way to prosperity. So, go back to land and develop agriculture because the era of depending on oil is over,” the President said. According to him, “the programme has been designed as a one-stop-solution for agricultural value chain by creating economic linkages between farmers and processors to not only ensure a clear agricultural output but to also reduce dependence on imported food.”
Godwin Emefiele, governor of CBN, said that the apex bank “has set aside N40 billion under the programme out of the N220 billion micro, small and medium enterprise fund for farmers at single digit interest rate.” Over 200,000 rice and wheat farmers will benefit from the scheme with loans ranging from N150,000 to N250,000 to assist in procuring necessary agricultural inputs.

Another crop being targeted for foreign exchange earnings in the current dispensation is cashew. In June, Ogbeh was in Osun State to join Governor Rauf Aregbesola to flag-off the cashew planting season towards ensuring a sustainable agricultural revolution as a panacea to the current economic hardship occasioned by the sharp drop in crude oil price. Ogbeh said that the ministry would be planting two million cashew trees every year for four years. He described the quick intervention in agriculture by the Federal Government as a way to ensure the nation regained its lost glory as the food basket of Africa.  He said that all hands must be on deck to revitalise the sector and the economy.

Speaking at the flag-off ceremony at Ogudu Village, Ile-Ife, Aregbesola called on all able-bodied Nigerians to take to farming, on full or part-time basis, “as an alternative to crude oil which can no longer sustain the country’s economy.” He described cashew as a cash and health promoting crop.

President Buhari’s administration recently demonstrated its commitment to the attainment of food security in Nigeria with the contract agreement the Federal Government entered into between the River Basin Development Authority and the Songhai Nigeria Partnership Limited. The aim is to use the Songhai Model Initiatives Integrated Agricultural Scheme to boost local food production in Nigeria. The scheme will be sited in each of the 109 senatorial zones in the country.

The success of the roadmap for agriculture promises to provide a big relief to the country with a scary food import bill. Emefiele told the Senate recently that the country is faced with $14 billion request for rice importation. This may have informed the Central Bank’s massive intervention in support of local production of rice and other products.