The House of Representatives Ad-Hoc Committee on the recovery of N1.2 trillion unclaimed funds in commercial banks; Ministries, Departments and Agencies (MDAs) of government; and the Central Bank of Nigeria (CBN) said it had discovered over N300 billion since the beginning of its investigation. Chairman of the committee, Unyime Idem (PDP, Akwa Ibom) disclosed this yesterday after a session with Citibank. 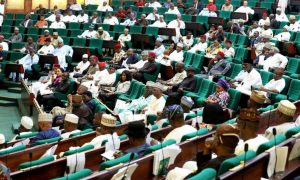 In a related development, the House Committee on Public Accounts on Tuesday demanded documentary evidence of assets imported by MTN, which amounted to the total sum of N2.6 trillion capital allowances collected by the telco from the Federal Inland Revenue Service (FIRS). Chairman of the committee, Hon. Wole Oke, made the demand during an investigative hearing on the audit queries issued by the office of Auditor General of the Federation (oAuGF) following allegations of tax evasion.

Idem stressed that the committee was mandated, after a resolution of the House on January 26, to investigate and recover the N1.2 trillion due to the federal government that was trapped in commercial banks, MDAs, and other places. He said the trapped funds were in dormant bank accounts in domestic and foreign currencies, accounts without Bank Verification Number (BVN), failed contracts, and excess unremitted funds.

During the investigative hearing, the lawmakers alleged that Citibank owed the federal government N99 billion from accumulated failed transactions and hanging funds.

Idem stressed, “A situation where we have been borrowing money to fund major capital projects while we can get such within is unacceptable. So far we have discovered N300 billion, which is just a little percentage of what we are trying to recover.”

He said the committee was still studying documents and reports sent to it by banks and government agencies, adding that this would help the committee to recover more funds.

“If the commercial banks fail to appear, the next line of action will be to summon them.”

Hon. Mohammed Bio alleged that the action of the bank was criminal and insisted that the representative of the financial institution should be put on oath to explain the difference.

Bio stated, “They (Citibank) had earlier submitted an account record of customers without BVN with a number of 11 people with huge sums of money but today they made another submission on the content but the figures and number of customers stood at seven, with just little money to their names, which makes it curious.

“What are they trying to hide or could this be an afterthought that they had to bring these new documents.”

Responding to the lawmakers’ queries, Executive Director, Operations and Technology, Citibank, Mrs. Ngozi Omokeme, who represented the bank, said the financial institution had nothing to hide and the documents submitted were not falsified.

The chairman of the committee, however, acknowledged the communication sent by MTN’s accounting officer, which was delivered by a delegation led by its Head, Public Affairs, Mr. Anas Galadima.

The letter read, in part, “We refer to your letter on the above subject matter dated March 24, 2022 inviting us to furnish the House of Representatives Public Account Committee with additional documents on or before Tuesday, March 29, 2022 and appear before the committee on Wednesday, March 30th, 2022.

“We are currently reviewing the content of the letter and require more time. In this regard, we therefore request for your kind consideration to revert to the committee in April, with our position.”

The committee chairman expressed concern over the misgivings surrounding the investigative hearing on the alleged tax evasion by MTN, but assured the company and all the stakeholders that the committee had no intention of witch-hunting anyone.

“If you are not a financial person, you may not know or understand the implications. I want to clear this so that there is no ambiguity over the presentation in any medium or media platform.

“We are investigating tax evasion; tax evasion is possible through abuse of fiscal regulations. The committee has not come to the conclusion to say that MTN has evaded payment of taxes.

“The Ministry of Industry came here, made a submission. MTN also made a submission; they have claimed total capital allowances from inception to date up to N2.6 trillion. So the question we are asking the Federal Ministry of Industry is to adduce records, evidence that they inspected their (MTN) assets based on which they issued the certificates, which MTN has taken to FIRS to secure tax rebate.

He said further, “We also asked for proof, the dates because you cannot enter MTN premises without records. The assets claimed by MTN can be categorised into two: you have the local content and you have the foreign content. We have written Nigeria Customs to give us records of the imports, the assets imported by MTN and proof of duty payment. Because if they (MTN) don’t pay the duty as expected, it also amounts to loss of revenue to the federation.”