Reps panel summons Sylva, Kyari, others over state of refineries

Worried by the hardship being experienced by Nigerians owing to increasing cost of petroleum products, the House of Representatives ad hoc committee investigating the status of refineries in Nigeria has issued a fresh summon to the Group Managing Director of NNPC Limited, Mele Kyari, the Minister of State for Petroleum, Timipre Sylva and Minister of Finance, Budget and National Planning, Zainab Ahmed.

The panel also summoned the Governor of Central Bank of Nigeria, Godwin Emefiele, and the managers of the state-owned refineries. The summon was issued by the committee on Thursday after the officials shunned the investigative hearing it organised. 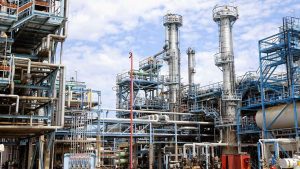 The ministers and other government officials are expected to provide the lawmakers with information on the state of the nation’s refineries.

Speaker Femi Gbajabiamila had constituted the ad hoc committee in January with the mandate to determine the state of refineries in the country and what is needed to bring them back to maximum refining capacity. In addition, the committee was asked to determine the amount of money spent on turnaround maintenance of the refineries.

Last week, the committee had requested an extension of eight weeks to allow it to complete its work.

During the hearing, the Chairman of the Committee, Ganiyu Johnson (APC, Lagos), said the NNPC had submitted a written response, but that it was not satisfied with the submission, hence, its decision to summon Kyari. He said the GMD should provide the appraisal of the state of Port Harcourt Refining Company (PHRC), Warri Refining and Petrochemical Limited, Kaduna Refining and Petrochemical Limited.

The committee rejected the representatives of Sylva and other officials and requested they appear in person.

Ibrahim Isiaka (APC, Ogun), a member of the committee expressed dismay with the invited officials for sending representatives without a letter to that effect.

The chairman ruled that all the officials should appear before the committee next week Thursday.

This investigation is coming amidst biting fuel scarcity that has lasted for about a month.